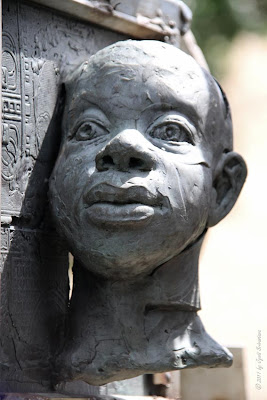 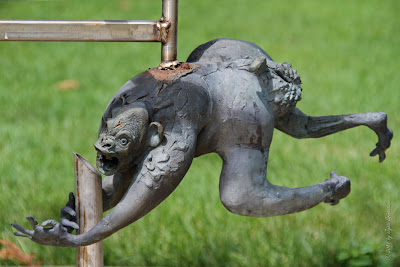 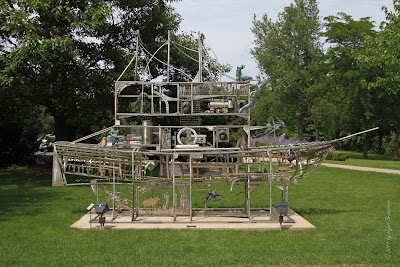 In Preston Jackson's words..
Haints + Histor is a 25'[W]x 16'[H]x 6'[D] stainless steel and bronze sailing vessel which incorporates nine bronze figurative works. In Haints & History, I wanted to create an image like the sphinx in Egypt that speaks to a culture that has endured many centuries. This is why the bronze and stainless steel were chosen as materials for this piece. As for the subject I chose to speak of my own heritage which is connected to the history of many other cultures throughout the world. I have selected ships which have transported people of various origins under various conditions. I place heavy emphasis on the transportation of human cargo to our shores but also stress the denial of entry to other ethnic groups who have sought refuge here.

The images and structure itself cover time span from early 1800's in Africa and America Civil Rights Movement of the 1960's. The ships contain levels of visual information beginning with a peaceful village scene, to the shakling of human cargo, to the incidence of escape, to the settling in America and adjustment to the life as African American in the present. Section of the piece depict the Great Migration of Blacks many from the South to the North in search of a better life. References are made to the ships that carried Irish immigrants to our shores as well as to German Jews and Asians who sought refuge here..

Most of the scenes are not overt images, but are created using symbolism, metaphors and representation of articles and architecture with hidden meaning which will cause the viewer to research their significance. One example would be the use of wooden board taken from a slave cabin drilled with holes in shape of diamonds beneath which slaves were hidden during the period of the Underground Railways. The large bronze casting seem to float on and above the ship are figural gestures of escaped souls that in many parts of the South are referred to as Haints.. 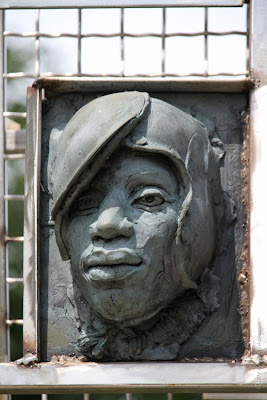 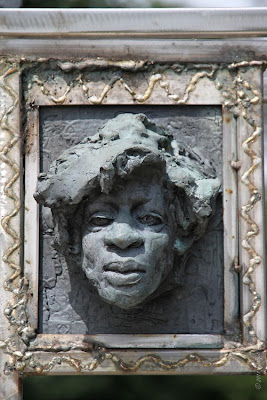 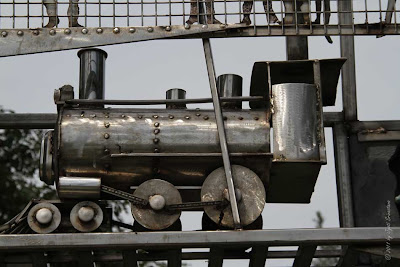 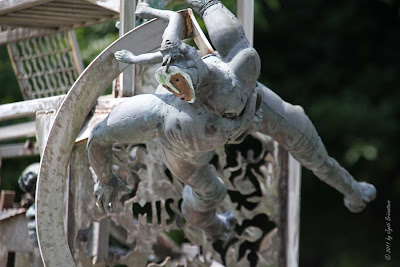 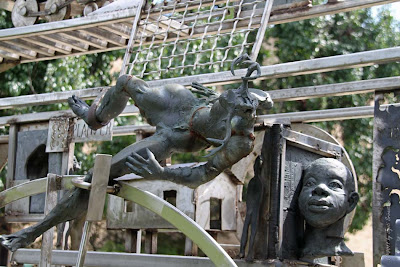 I liked your blog, Take the time to visit the me and say that the change in design and meniu?