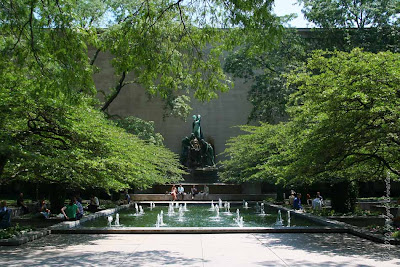 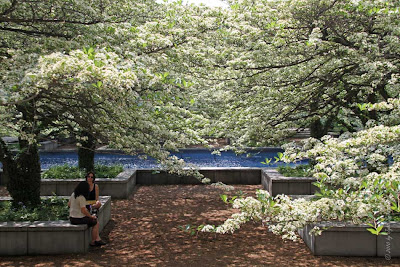 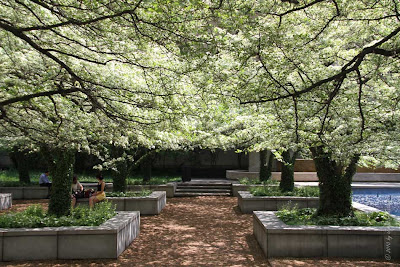 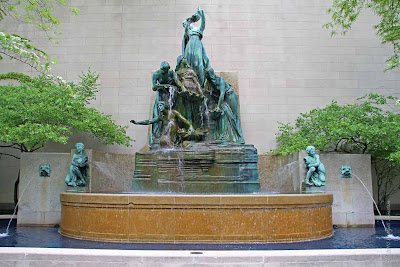 Fountain of Great Lakes.. by Lorado Taft.. is the centerpiece of the South Garden.. This fountain is an allegorical sculpture representing the great lakes.. The five women are so arranged that the water flows through them in the same way water passes through the five Great Lakes.

Dan Kiley.. Wikipedia informs.. click here..
To Kiley, regular geometry lay at the heart of his design. Like his predecessors, Le Corbusier and Le Nôtre, Kiley believed that geometry was an inherent part of man. It was the structure man could use to gain comprehension and create stabilization of his surroundings. He also firmly believed that man was a part of nature, rather than being separate from it. Rather than copying and trying to imitate the curvilinear forms of nature he asserted mathematical order to the landscape. Kiley’s landscapes overstepped their boundaries rather than ending elements neatly on a suggested edge. He called this approach, slippage, or an extension beyond the implied boundary, creating ambiguous relationships in the landscape.
Posted by Jyoti at Friday, June 26, 2009