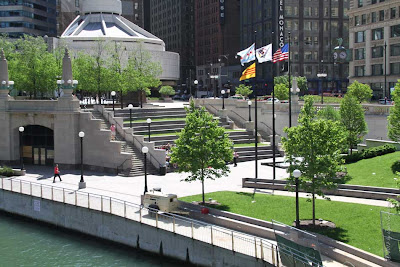 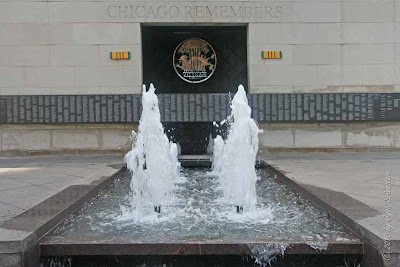 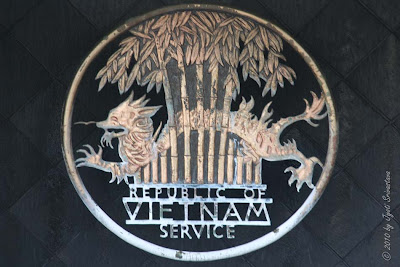 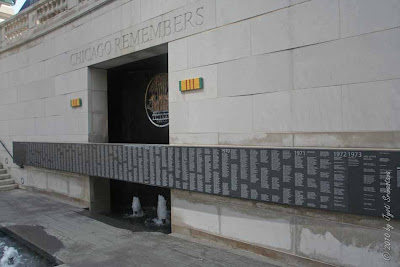 On the top is written, Chicago Remembers. Below is a timeline with significant events that took place during the Vietnam War. The names of more than 2,900 Illinois men who died in the Vietnam War are engraved in a wall. 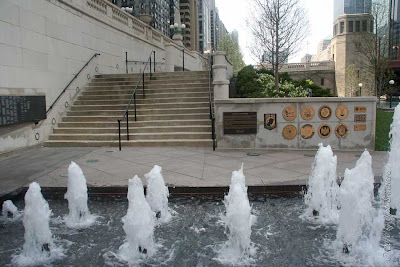 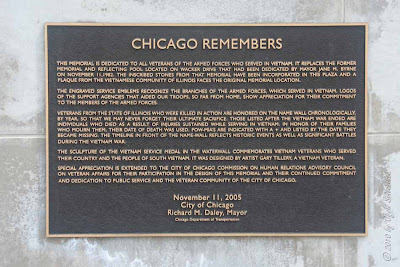 Chicago Remembers..
The memorial is dedicated to all veterans of the armed forces who served in Vietnam. It replaces the former memorial and reflecting pool located on Wacker Drive that had been dedicated by Mayor Jane M. Byrne on Nov 11, 1982. The inscribed stones from the Memorial have been incorporated in the plaza and a plaque from the Vietnamese Community of Illinois faces the original memorial location.

The engraved service emblems recognize the branches of armed forces, which served in Vietnam. Logos of the support agencies that aided the troops, so far from home, show appreciation for their commitment to the members of the armed forces.

Veterans from the State of Illinois who were killed in action are honored on the Name Wall chronologically, by year. so that we may never forget their ultimate sacrifice, while serving in Vietnam. In honor of their families who mourn them, their date of death were used. Pow-Mia's are indicated with A+ and listed by the date they became missing. The time line in front of the Name Wall reflect historic events as well as significant battles during the Vietnam War.

The sculpture of the Vietnam Service medal in the waterfall commemorate Vietnam Veterans who served their country and the people of South Vietnam. It was designed by artist Gary Tillery, a Vietnam Veteran.

Special appreciation is extended to the City of Chicago Commissioner on Human Relations Advisory Council on Veteran Affairs for their participation in the design of this memorial and their continued commitment and dedication to the public service and the Veteran Community of the City of Chicago..
November 11, 2005
City of Chicago
Richard M Daley, Mayor
Chicago Department of Transportation.. 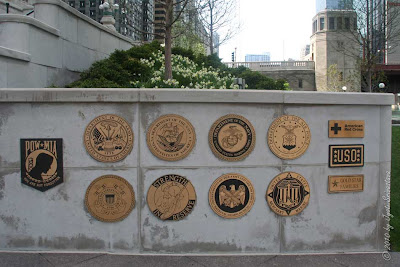 The service emblems recognize the branches of US military which served in Vietnam..
US Army, US Navy, Navy Marine Corps, US Air Force, Coast Guard, Strength in Reserve, National Guard Bureau, US Merchant Marine.. 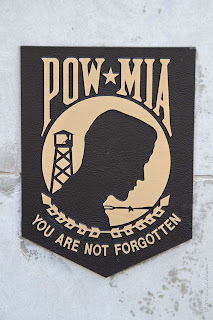 POW - MIA
You are Not Forgotten

The POW/MIA refers to the military personnel taken as prisoners of war (POWs) or listed as missing in action (MIA). 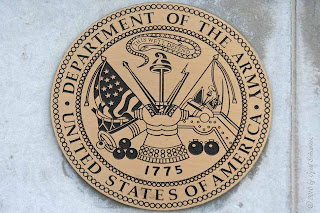 ﻿
Department of the Army
United States of America 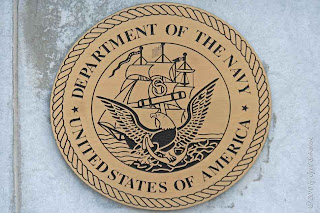 Department of the Navy
United States of America 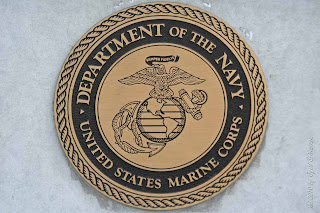 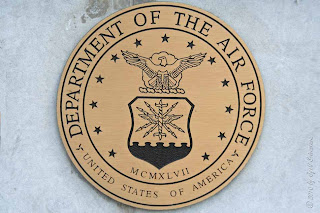 Department of the Air Force
United States of America 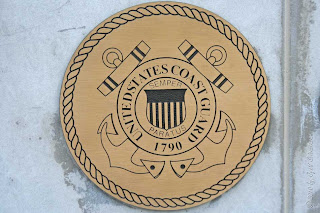 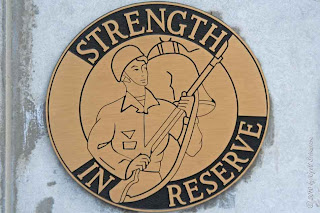 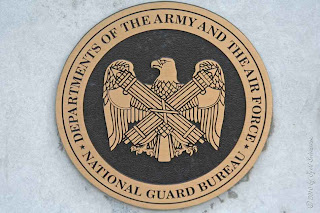 Department of the Army and the Air Force
National Guard Bureau 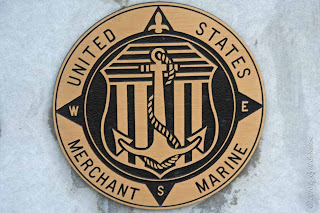 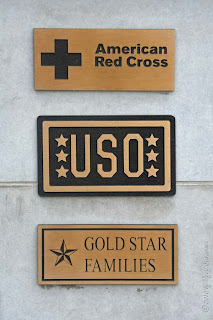 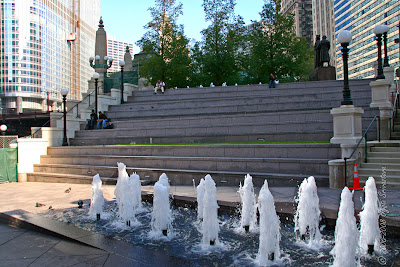 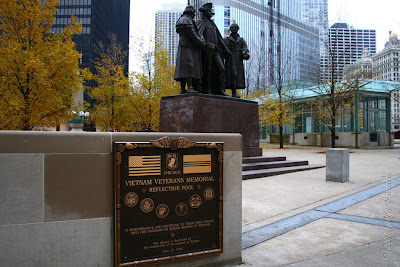 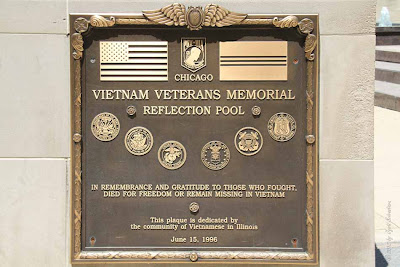 Chicago Vietnam Veterans Memorial Reflection Pool
In remembrence and gratitude to those who fought, dies for freedom or remain missing in Vietnam.
The plaque is dedicated by the community of  Vietnemese in Illinois.
June 15, 1996. 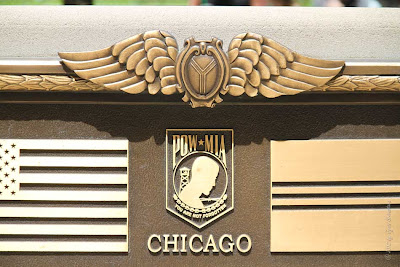 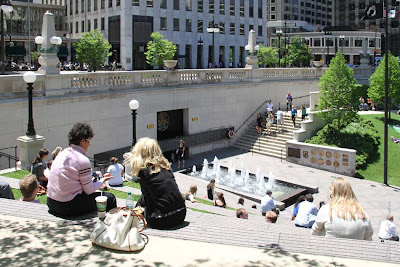 hey just so you know the description of the Chicago Remembers plaque has several mistakes. there is half of a sentence missing and several spelling and punctuation mistakes.

Why Anonymous??
I am very apprehensive about anonymous comments, and I usually don't respond.

However, I checked this and did not find mistakes. If you think the punctuations are wrong in the plaque, then well..

Could you be more specific???

The original anonymous commenter is correct. The transcription is not exact. I skimmed it quickly, but one example I found is in the last sentence of the third paragraph. The plaque reads "The timeline in front of the name wall reflectS historic events...". You forgot to add the "s" at the end of the word reflect. It's a very minor detail, and regardless of that I'd like to thank you for taking the time to visit the memorial and create such a comprehensive overview of it. Great work!