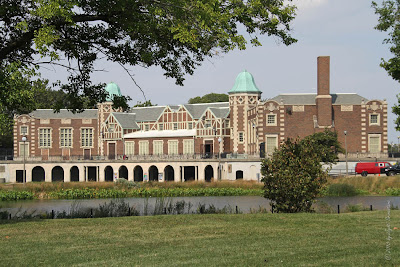 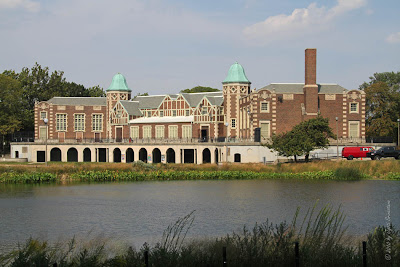 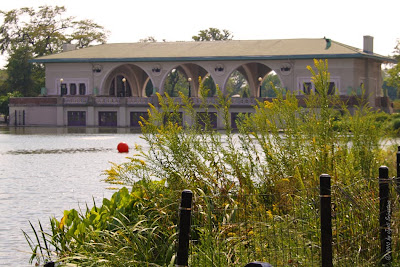 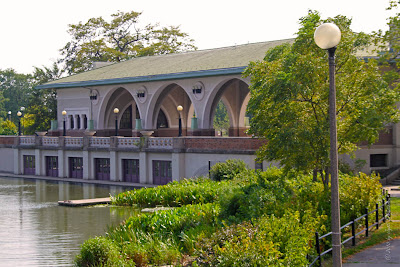 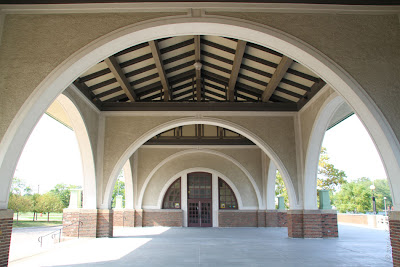 From the official Chicago Park District website..
Humboldt Park - History..
In 1869, shortly after the creation of the West Park System, neighborhood residents requested that the northernmost park be named in honor of Baron Freidrich Heinrich Alexander Von Humboldt (1759-1859), the famous German scientist and explorer. Two years later, completed plans for the entire ensemble of Humboldt, Garfield, and Douglas parks and connecting boulevards were completed by William Le Baron Jenney, who is best known today as the father of the skyscraper. Having studied engineering in Paris during the construction of that city's grand park and boulevard system in the 1850s, Jenney was influenced by French design. The construction of Humboldt Park was slow, however, and the original plan was followed only for the park's northeastern section. 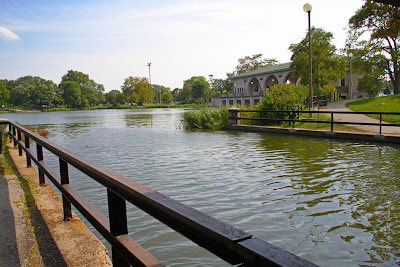 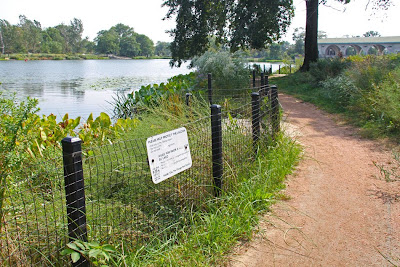 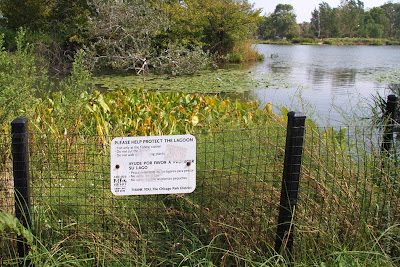 Jens Jensen, a Danish immigrant who had begun as a laborer, worked his way up to Superintendent of Humboldt Park in the mid-1890s. Unfortunately, the West Park System was entrenched in political graft at the time. The commissioners fired Jensen in 1900 because of his efforts to fight the corruption. Five years later, during major political reforms, new commissioners appointed him General Superintendent and Chief Landscape Architect. Deteriorating and unfinished areas of Humboldt Park allowed Jensen to experiment with his evolving Prairie style. For instance, Jensen extended the park's existing lagoon into a long meandering "prairie river." Inspired by the natural rivers he saw on trips to the countryside, Jensen designed hidden water sources that supplied two rocky brooks that fed the waterway. Nearby he created a circular rose garden and an adjacent naturalistic perennial garden. Jensen designated an area diagonally across from the rose garden as a a music court for dances, concerts and other special events. He commissioned Prairie School architects Schmidt, Garden, and Martin to design an impressive boat house and refectory building which still stands at one end of the historic music court. 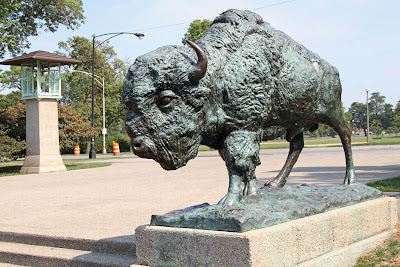 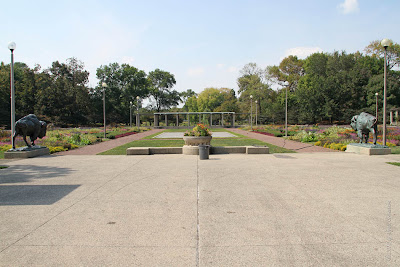 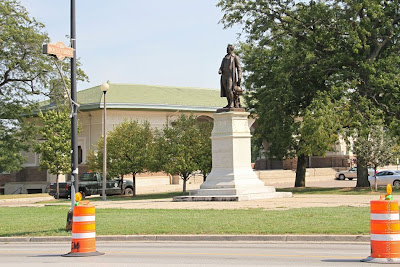 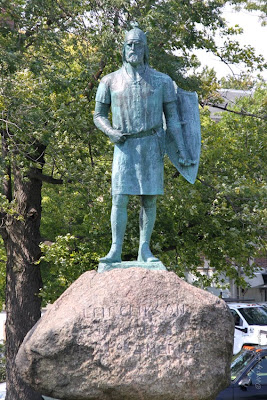 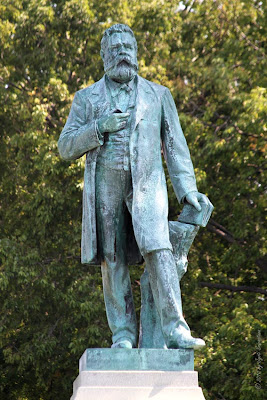