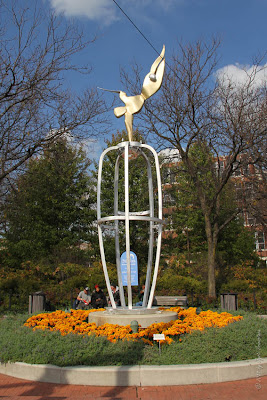 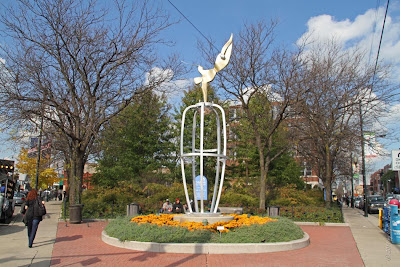 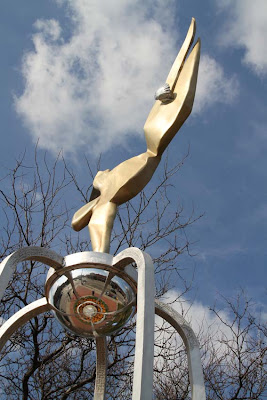 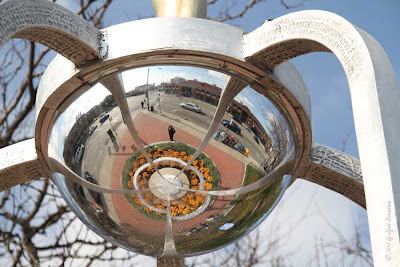 From the Lakefront Sculpture Exhibit [LSE} website..
Scarff is a full-time sculptor based in Chicago. His use of illumination in large public sculptures was seen in last year’s exhibition with his piece, “Goddess of the Wind and Sand”. The same techniques can be seen in Scarff’s most current featured work, “Icarus”.

The title of Scarff’s piece will immediately recall the old tale of young Icarus who, with his craftsman father Daedalus, attempted to escape their imprisonment by crafting wings. Ignoring his father’s warnings and acting on every young boy’s impulse, Icarus flew too close to the sun, melting the makeshift wings causing him to plummet to Earth. In “Icarus”, the bronze boy is seen in descent, while the sculpture’s curved silver beams create the appearance of rapid downward motion. Scarff is truly a master of sculptures and light use, and “Icarus” is as ambitious a use of his skills as were Daedalus’ wings.

Where is tom
Scarff now????