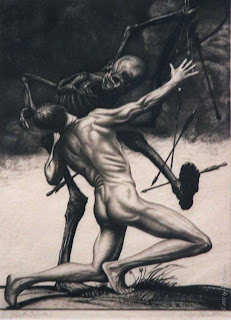 Death Art entered the mainstream art in the late Medieval Period. This period was characterized by recurring famine, the Hundred Years War between France and England [1337—1453]; and the Black Death;  which together decimated a large proportion of the population of West Europe. The Black Death alone killed about a third of population.  The threat of death loomed large in  people’s daily lives and under these conditions, the theme of death found it’s way in literature and arts in various forms..
- Danse Macabre
- The Triumph of Death
- Death and the Maiden
And artistic representation of all of these art genres can be seen at the Richard Harris Collection.
In this post, are some Death Art on the "Triumph of Death" theme. A Skeleton representing Death, seems to be in a fierce battle with the living.. Who wins is anyone's guess... 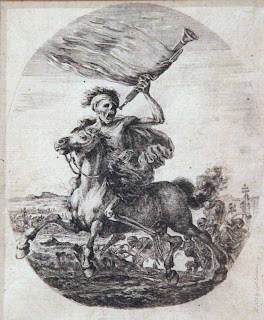 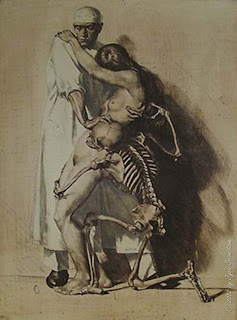 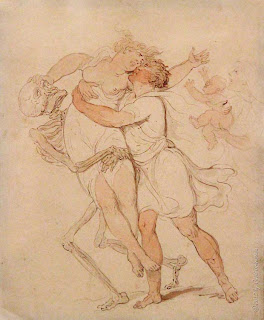 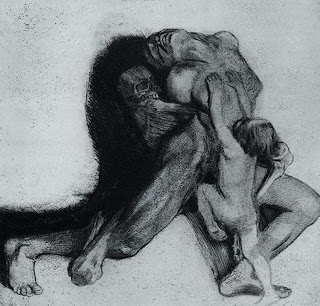