Denise Milan: Mist of the Earth 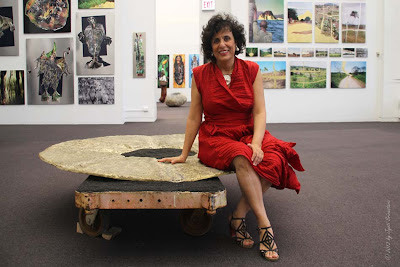 Artist Denise Milan at her solo exhibition, "Mist of the Earth". 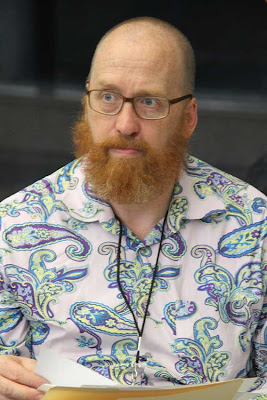 
The first zone, brims with photographic collages that playfully conjure a verdant natural world of abundance and exuberance, inhabited by real-world friends of the artist as well as by mythical creatures. Brazilian colors and iconographies proliferate joyously here, with primal force that draws energy from the Earth.and flowers into the myths and mysteries of human existence.
. 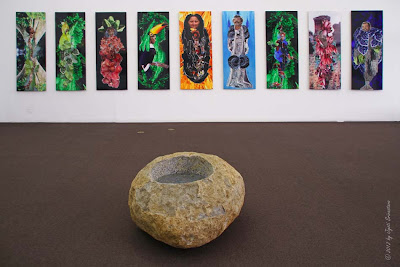 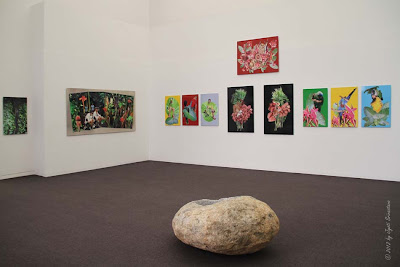 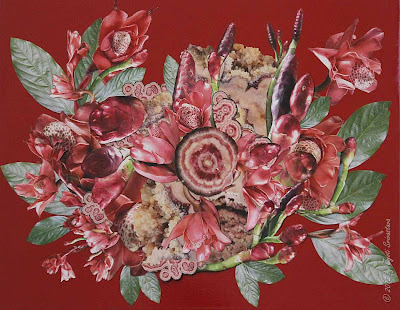 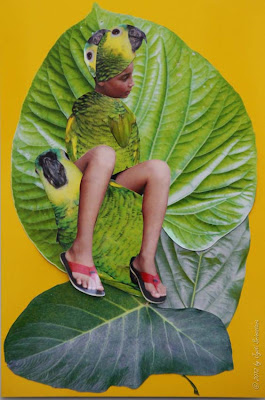 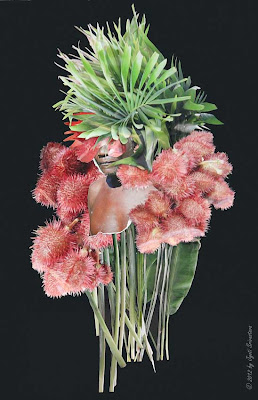 The photo-collages in “Paradise Lost” depict an Earth that has been torn, despoiled. In this zone, the torment of  the people—whose history incorporates abduction from Africa and enslavement—parallels the ravages of the land—the wanton quarrying and deforestation of their region of Bahia. Commanding the center of this part of exhibition is a large bronze sculpture in the form of a disc, beaten and weathered, looking like nothing so much   as a huge, used coin—perhaps token payment for the theft of land and lives. This portion of the exhibition draws from a recent eco-activist initiative that turned into a national movement, in which Denise Milan helped spare a treasured Bahian mountain of green quartz from quarrying and turn it into a national historic treasure. 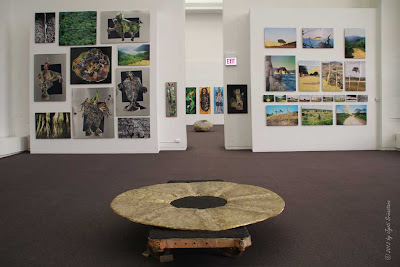 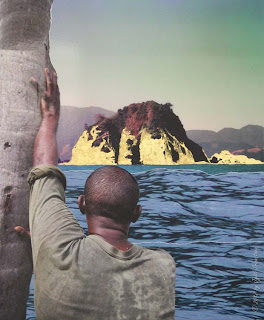 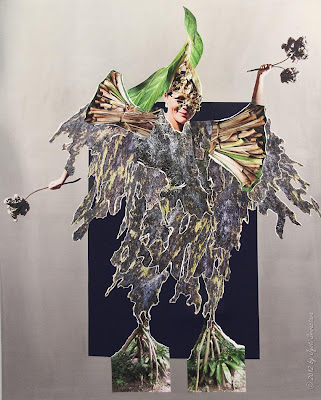 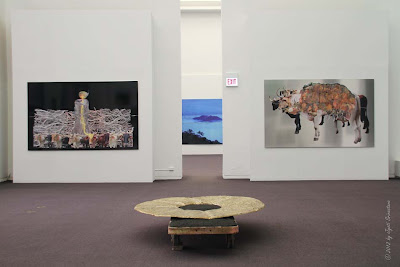 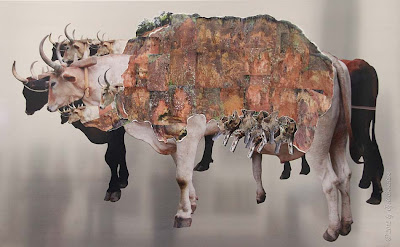 
Paradise Regained,” the exhibition’s third zone, asserts the possibility of hope amidst and after the dark. Here,  Milan summons optimism about reversing the losses of nature and humanity, and finding new understandings among peoples, lands, governments, and commercial interests. Displayed in this zone are monochrome and silver collages and sculptures of imaginary crystalline flowers, suggesting a new, more harmonic existence on Earth. The installation invites the public to share in the possibility of cathartic integration. 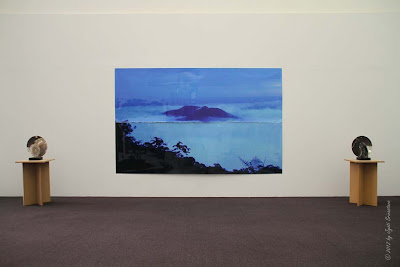 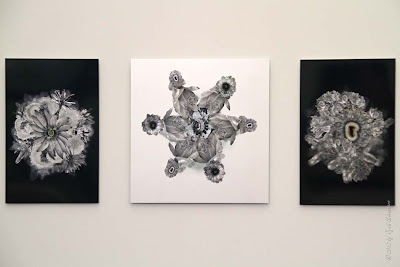 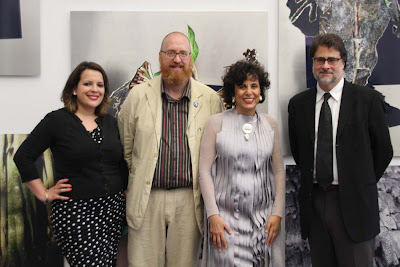 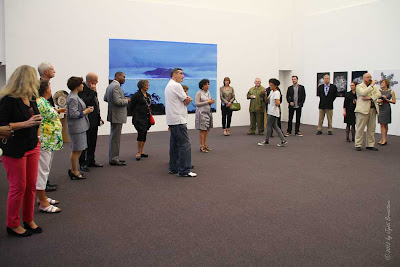 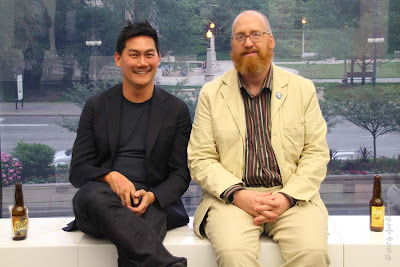 For more images from the Opening Reception,  click here ..