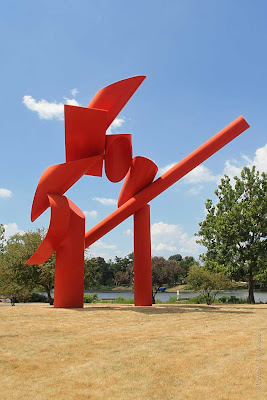 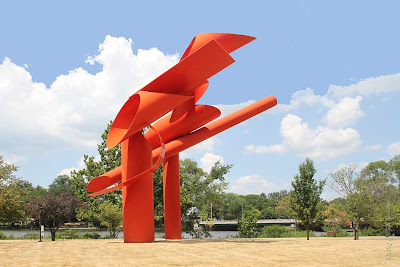 From the Rockford Park District brochure..
This piece, created for the City of Rockford, was originally erected at the intersection of the State and Wyman Streets to much negativity and controversy. When the intersection was reopened to traffic in 1984, the sculpture was disassembled and left to rust for six months until it was reassembled at its current location and placed in October, 1984 amid significant community-wide controversy. As time has passed, Symbol has become a source of pride and graces the cover of many publications welcoming people to our community. Libernam's colossol scaled compositions are constructed from discarded tank drums, boiler heads, giant pipes and steel beams. They are cut and sliced to evoke baroque sculpture and architectural models, from grain silos to Greek temples and medieval cathdrals. Liberman said at the sculpture dedication.. " To me, it symbolizes an uplifting spiritual feeling, and I hope a sense of exhiliration and stimulation."  he also commented on the actual act of building, "the engineers said this was the most difficult engineering project they ever had to face. that's because there are so many points of contacts in it with one-inch steel". 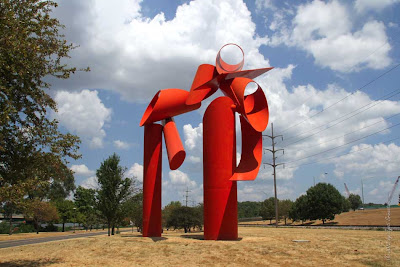 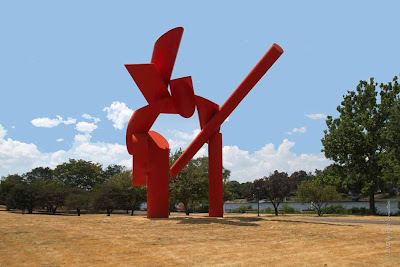 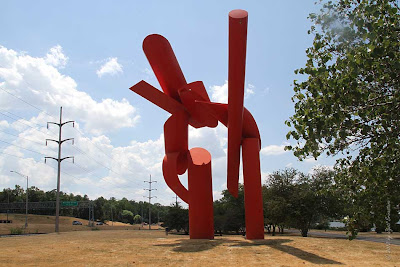