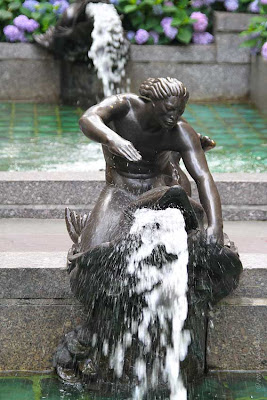 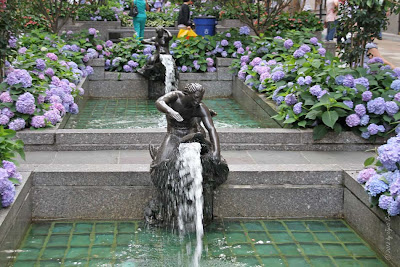 The Channel Gardens separates La Maison Française (610 Fifth Avenue) from the British Empire Building (620 Fifth Avenue), just as the English Channel separates the two countries in whose honor the buildings were named.

The Channel Gardens has six pools. each with a large fountainhead sculpture, designed by Rene Paul Chambellan, at its eastern end. The female figures are Nereids and the male figures are Tritons. Triton is a mythological Greek god, the messenger of the big sea. He is the son of Poseidon and Amphitrite, god and goddess of the sea respectively. The Nereids, in Greek mythology, are sea nymphs, the fifty daughters of Nereus and Doris . They often accompany Poseidon and can be friendly and helpful to sailors fighting perilous storms.

The six fountainhead sculptures are..
Leadership, Will, Thought, Imagination, Energy and Alertness. 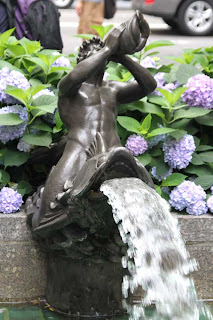 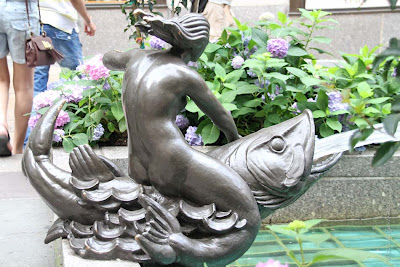 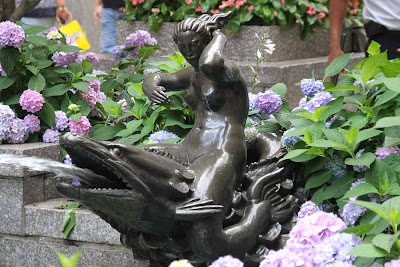 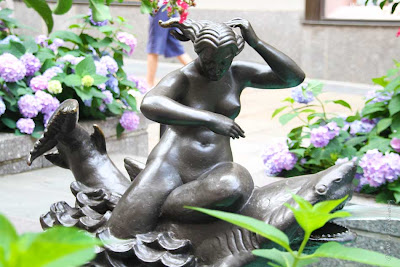 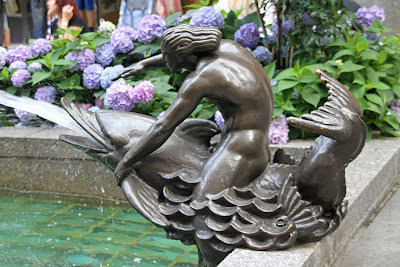 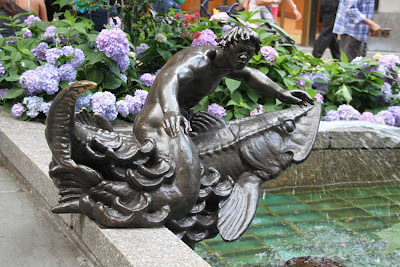 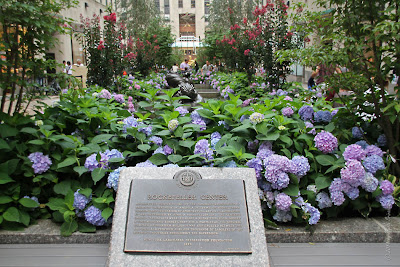 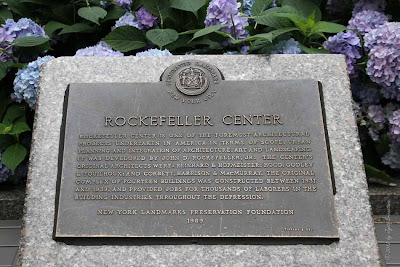 Inscription on the plaque reads..
﻿
Rockefeller Center is one of the foremost architectural projects undertaken in America in terms of scope, urban planning and integration of architecture, art and landscaping. It was developed by John D. Rockefeller, Jr. The center's original architects were: Reinhard & Hofmeister; Hood, Godley & Fouilhoux; and Corbett, Harrison & MacMurray. The original complex of fourteen buildings was constructed between 1931 and 1939, and provided jobs for thousands of laborers in the building industries throughout the depression.
New York Landmarks Preservation Foundation [1989]

On the other side we see two beautiful sculptures..
Prometheus and Mankind Figures, Maiden and Youth - by Paul Manship
Wisdom , Sound and Light - by Lee Lawrie.. 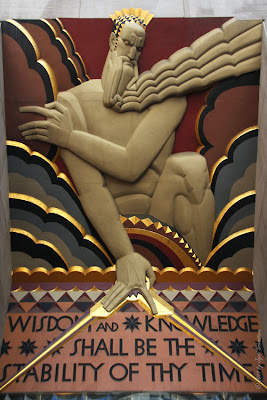