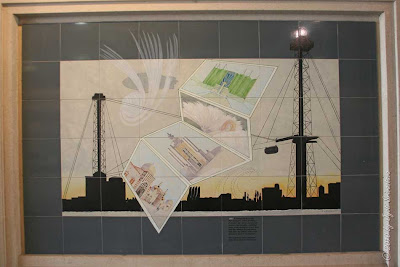 1933: A Century of Progress was a world's fair which celebrated the city's 100th anniversary. Science and industry were the theme of this international fair, and the pavilions were prime examples of art deco architecture. The famous Skyride was then the tallest man-man structure west of Manhattan. The Enchanted Island eventually became Meigs Field.

Inset..
The Transporation Building, the "Streets of Paris" featuring Sally Rand and her fan dance, the Illinois Building and an Arabian Village..
Posted by Jyoti at Sunday, December 02, 2007