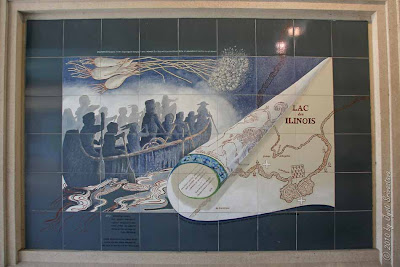 1673: Guided by the Kaskaskia Indians, Pere Jacques Marquette, a Jesuit missionary, and Louis Jolliet, an explorer, arrive at the portage to Lake Michigan. Jolliet envisioned a waterway that would provided clear passage to the gulf of Mexico via the Mississippi..

Chicago [Chicagou in the Algonquin tongue] was named for the wild onions that grew in abundance on the river banks.

1679: Rene Robert Cavalier, Sieur de la Salle, who built Le Griffon, the first ship of commerce on the Great Lakes, predicted that one day Chicago would be a great city. 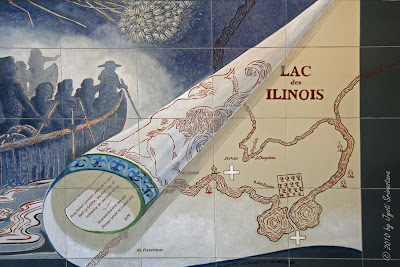 1703: La Hontan's map indicated the portage and the site of Chicago on Lake Michigan.

REF: The city of Chicago's Official Site..
Posted by Jyoti at Sunday, December 02, 2007