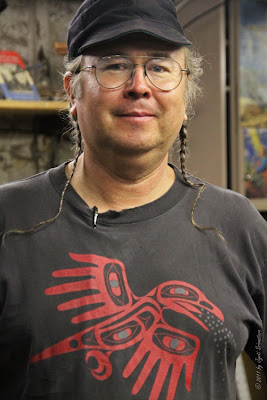 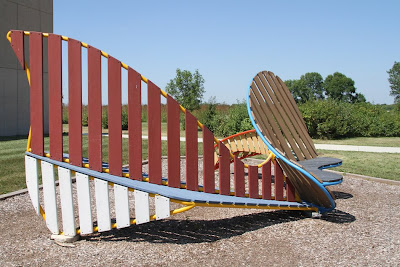 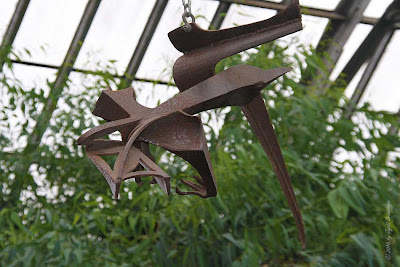 March 31, 2011..
CONGRATULATIONS to Ted Sitting Crow Garner, for winning in Jeopardy on Tuesday! I don't know Wednesday's result..
This incidentally resulted in a phenomenal increase in "Views"/ Google Search on my Blogpost on him. So I decided to repost it..
REPOST: March 31, 2011..
ORIGINAL POST: September 8, 2010..

Yesterday, [Sep 7, 2010] I met Ted Sitting Crow Garner, at his Sedgwick Studio in the Old Town neighborhood. In fact five sculptors share the studio, others being John Adduci, Michael Young, S. Thomas Scarff and Jerry Peart..
I have met him earlier at the Art Chicago, 2010..
And it was great to meet a sculptor of Native American heritage..His great-great-grandfather Sitting Crow was a Blackfoot Sioux chief and Garner is a registered member of the Standing Rock Sioux Tribe. 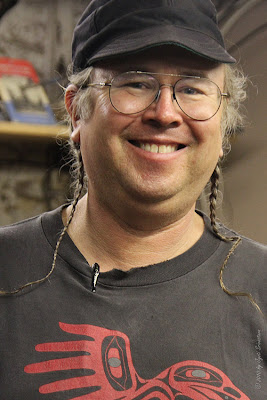 Ted Sitting Crow Garner earned his BFA from the Kansas City Art Institute. His sculpture has been exhibited throughout the United States and he has travelled the world assisting major artists with the installation of monumental sculpture. His large scale outdoor sculpture often incorporates the sinuous line of shaped steel tubing .. 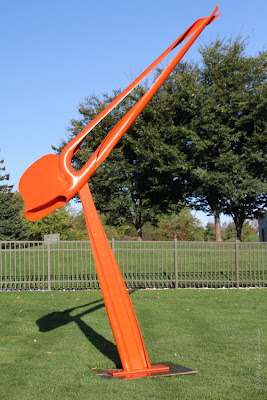 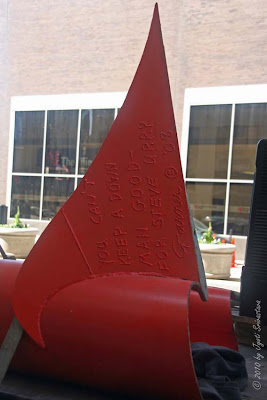 The engraving reads..
You can't keep a Down Man Good... 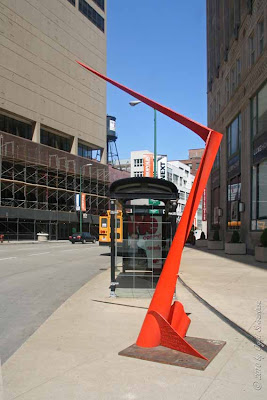 You Can't Keep a Down Man Good..
By Ted Sitting Crow Garner..
As part of "Countercurrents" by CSI members..
at, Art Chicago, 2010..
Location: Merchandise Mart.. 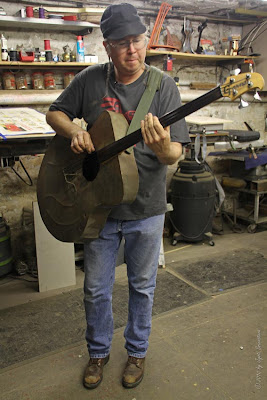 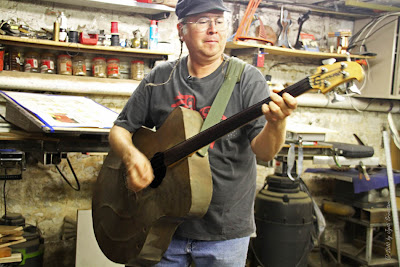 I HAVE KNOWN TED SINCE HE WAS 12. I FEEL HE HAS AN INATE GRASP OF THE FINE ART OUTLOOK. HIS WORK SINGS LIKE A BIRD, FLOWS LIKE THE WIND, AND IS IMPOSSIBLE TO CORNER INTELLECTUALLY.

We saw you win on Jeopardy tonight and are glad to see a member of the Sioux tribe do so well1 Good luck to you! Susan & George Then- supporters of the American Indian College Fund