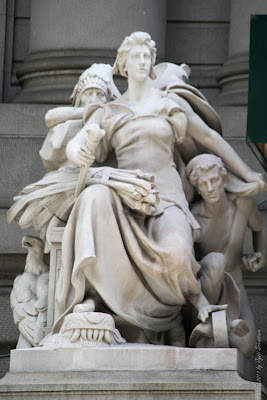 [When I was taking these photos, I had no idea these were by Daniel Chester French. Much later, I found out, and am very pleased. Only that I took just one-or-two images of each of these architectural sculptures.] 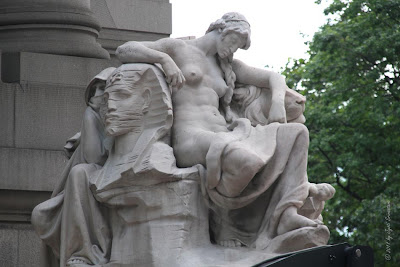 Africa..
A sleeping Africa on throne, symbolizing a "Sleeping Continent". Africa's right arm rests upon Sphinx of Egypt and left arm on a sleeping lion. The only nude sculpture in the group, probably alluding to Africa's stereotypical tribal impressions.. 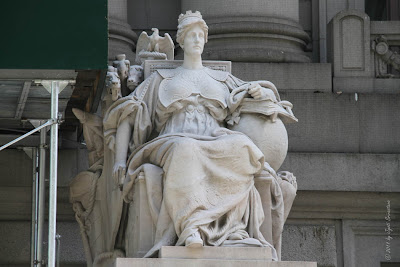 Europe..
Europe sitting on a throne, with left arm resting on globe, symbolizing colonial conquests of many European countries.. The right side is decorated with a frieze from the Parthenon in Athens, representing the history of ancient Greece. 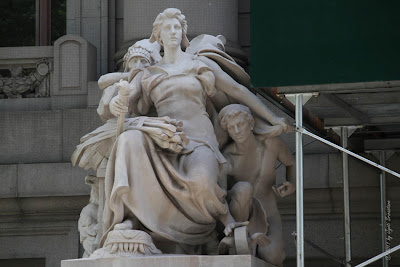 America..
America seated on a throne, with eagle [symbol of the United States of America] and sheaves of corn [symbol of plenty], a Native Indian and "Labor" with rolling wheel of progress.. 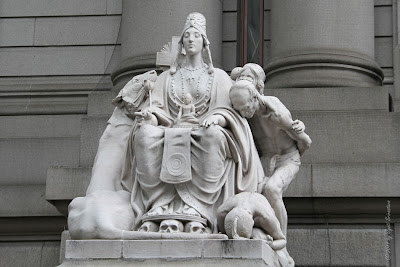 Asia..
Asia seated on a throne with tiger on one side and three figures on the other side. Asia sits on a throne supported by human skulls. [I dont much understand symbolisms in Asia, probably myself being an Asian, these befuddle me..] I do understand the symbolism of Buddha, on the lap of Asia, Buddhism having originated from India and followed in many parts of Asia. 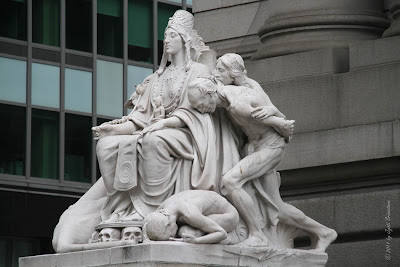 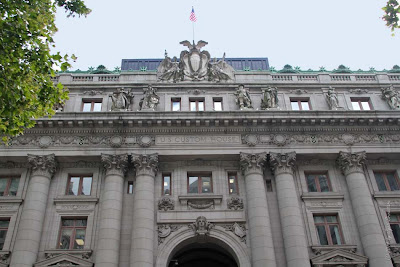 US Custom House..
There are many sculptures and carved images on the exterior of the building.. 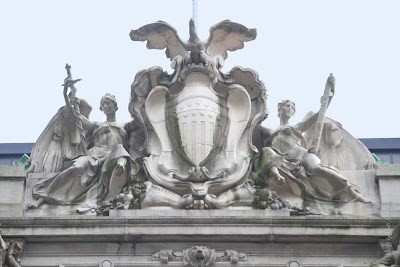 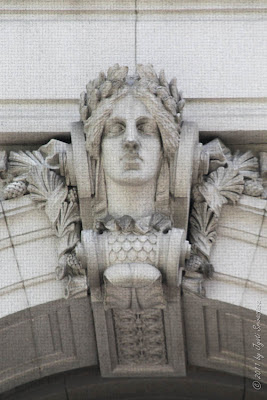 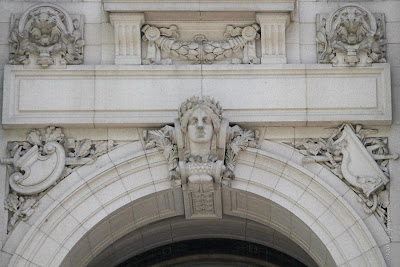 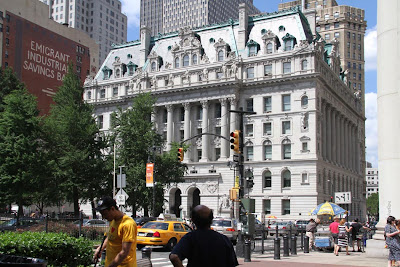 Beautiful and massive building with many of fantastic details.

To make a little comment on Asia (being Asian myself as well), the central figure holds a poppy bloom (from which opium comes though some believe it's a lotus flower) with a coiling serpent, resting a throne resting on skulls (power obtained through war and famine, etc.) with her eyes closed (hence completely oblivious of the suffering and hopelessness around her) and a false idol on her lap. The prostrating boy, emaciated old slave in bondage and the naked woman with a child, all leaning on the blind and indifferent central figure, are said to represent ignorance, superstition and over-population, respectively. I cannot figure out what the tiger represents.

But the single positive thing in the sculpture is the shining emerging cross in the back.