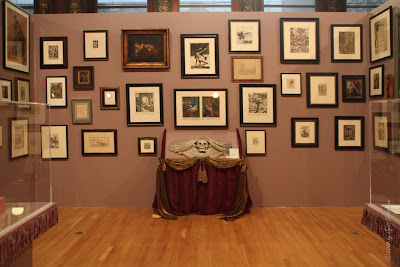 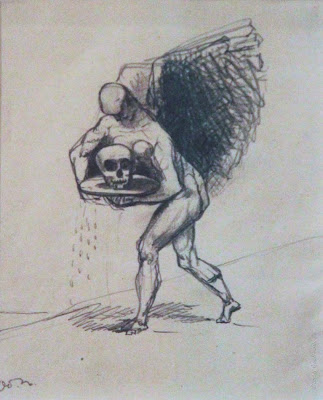 Towards Another Image..
By Odilon Redon [French]
19th century / pencil on paper.. 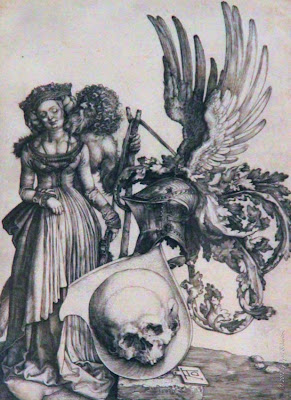 The Coat of Arms with the Skull
by Albrech Durer
1503/ engraving.. 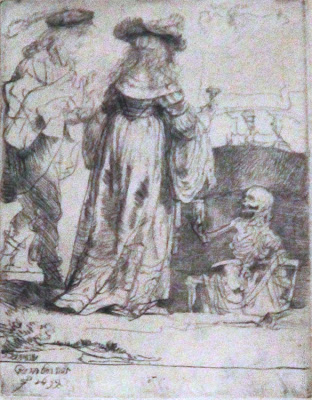 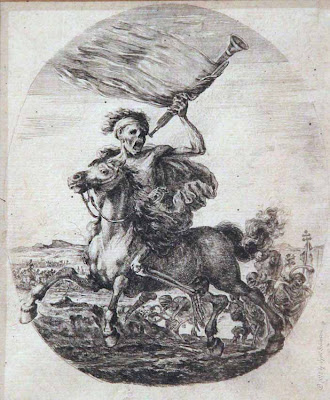 Death on Horseback Holding a Trumpet and A Flag..
By Stefano della Bella.. 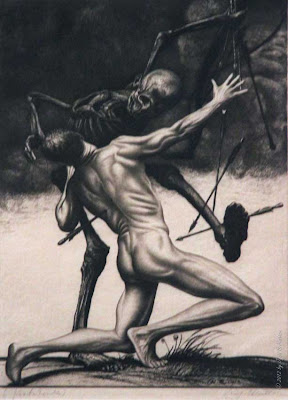 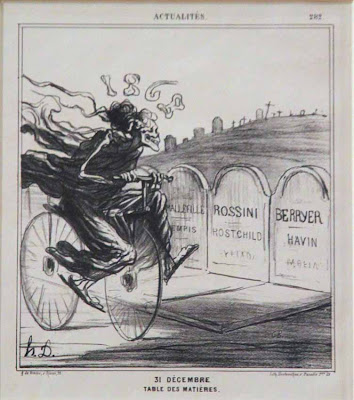 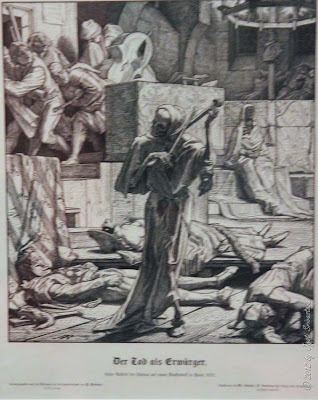 Death, The Enemy
By Alfred Rethel.. 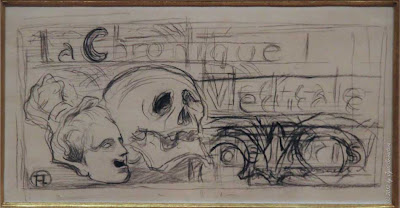 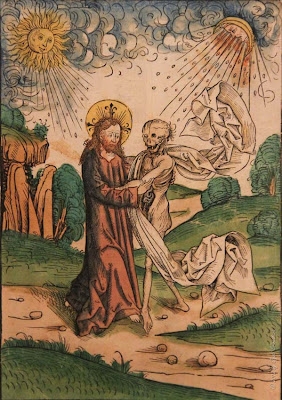 Christ with Death
by Michael Welgemut.. 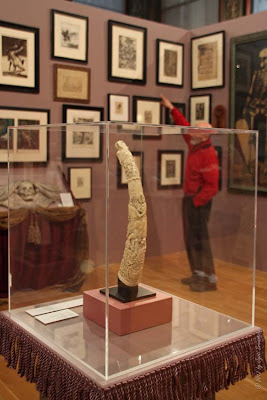 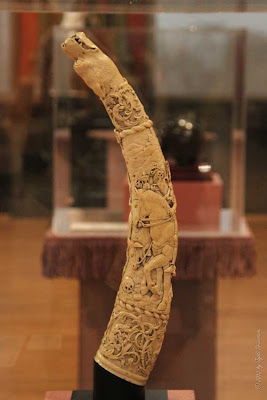 This piece carved from ivory and copies an image from a famous painting by Albrech Durer from 1513. This print was also the source used by Hieronymus Wierix for his version of "Death, Knight and the Devil", seen nearby. The knight is a symbol of virtues, riding intently toward the city, which was a symbol of God. he is accompanied by Death - whom he ignores - riding a pale horse. 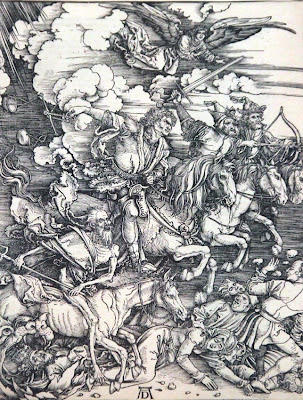 Four Horsemen of the Apocalypse
by Albrecht Durer
1518/ woodcut.. 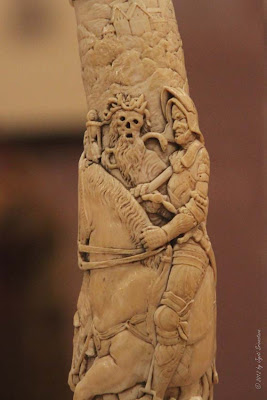 Detail of the ivory horn.. 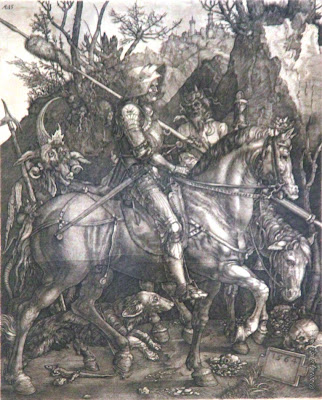 Engraving "Knight, Death and Devil [After Durer]
by Hieronymus Wierix.. 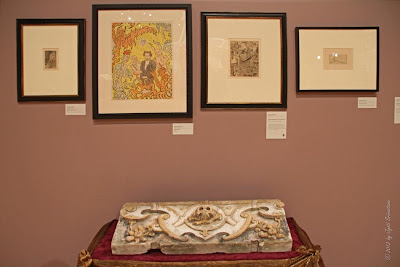 Works by James Ensor, with English Renaissance Lintel..
This architectural fragment contrasts life and death, placing the skull and bones in the center and the cluster of fruits and flowers at the right and left edges. Skulls are common motif on English tomb monuments, often combined with cherubs, another image linking life and death. 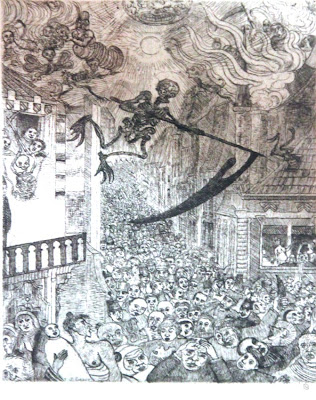 Death chasing a Flock of Humans
by James Ensor.. 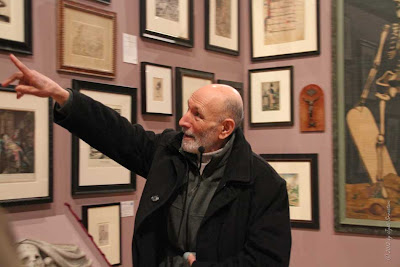 This is a very crazy and kind of scarry collection.