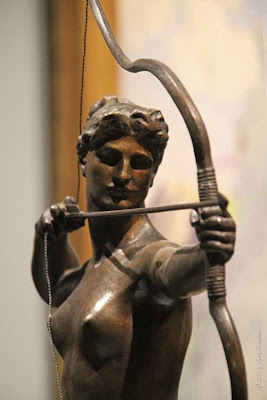 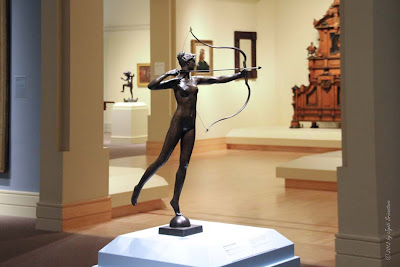 Diana - by Augustus Saint-Gaudens
modeled about 1895, cast 1905
From the IMA website.. click here..
Diana, goddess of the hunt, was Saint-Gaudens’ theme for a sculptural weathervane to be placed on top of architect Stanford White’s new Madison Square Garden in New York. The monumental gilt bronze figure became a popular success and the sculptor made many smaller-scale copies. The IMA’s version shows the graceful, idealized lines and naturalistic forms of the Beaux-Arts style that Saint-Gaudens employed for his only nude female figure. The original eighteen-foot larger figure of Diana was much too cumbersome and unbalanced to remain as a weathervane, so a smaller thirteen-foot version was made and placed on the building where it remained until the structure was demolished and the statue acquired by the Philadelphia Museum of Art. 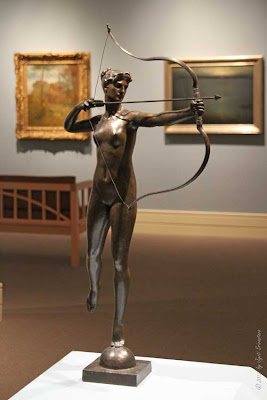 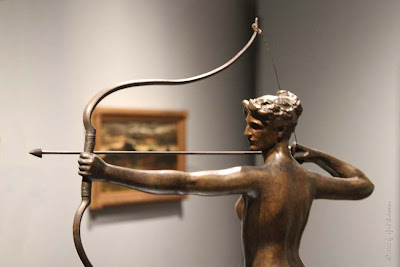 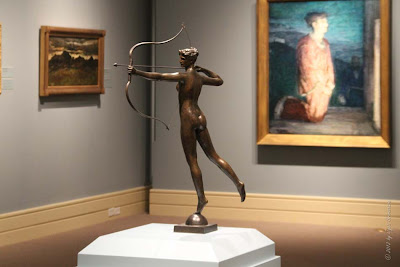 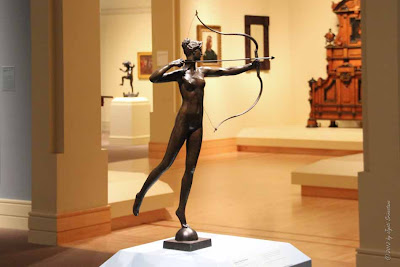