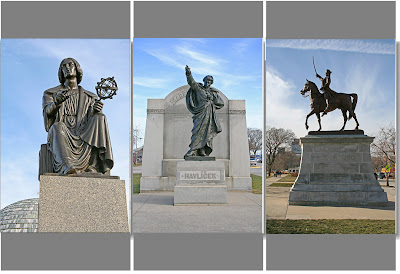 The choice of name "Solidarity Drive" is in commemoration of Lech Walesa's ultimately successful movement to bring freedom to Poland named "Solidarity Movement". This road is lined with three statues...
# Nicolaus Copernicus
# Karel Havlicek
# Thaddeus Kosciuzsko
Point to note is that, Chicago has the largest Polish population outside of Warsaw ... And many times in history, Chicago's Polish polulation has outnumbered Polish population in Warsaw.. 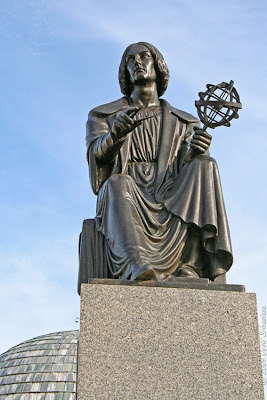 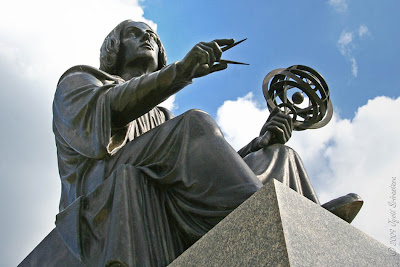 Nicolas Copernicus [1473 – 1543], founder of modern astronomy, is honored by this graceful Neoclassical sculpture located near the Adler Planetarium. Born in Poland, where he was both a physician and a priest, Copernicus was the first person to assert that the earth and its planets revolve around the sun.

The 19th century Danish-born artist Bertel Thorvaldsen depicted the astronomer seated in dream-like reverie, his eyes turned to the stars and his hands holding the tools of his trade: an armillary sphere and an open compass. Chicago’s bronze sculpture is a copy of the 1823 original located in Warsaw, Poland. 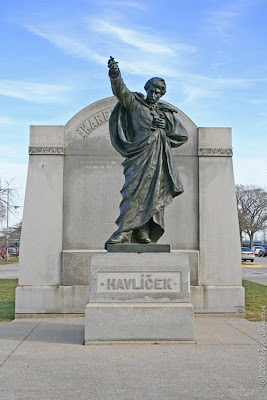 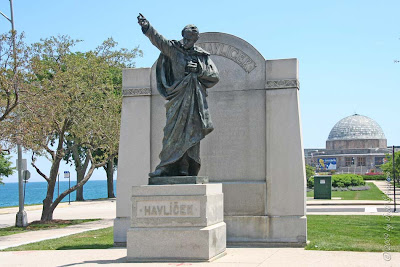 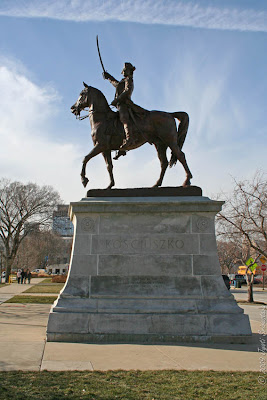 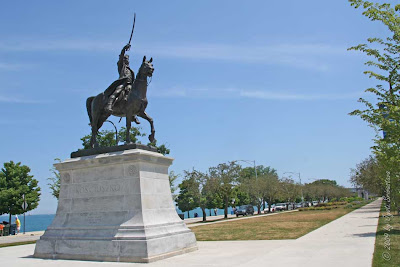 Thank you for listing and photographing these wonderful reminders of the pride of old ethnic neighborhoods in Chicago's past.
However, in your second paragraph you state "This road is lined with three statues of Poles ... " Karel Havlicek was not Polish. He was from Bohemia, (now the Czech Republic) and was originally installed in Douglas Park, near one of the oldest Bohemian neighborhood in Chicago.
Lower on the page, the description of the statue is correctly identified as Bohemian. If you could correct the second paragraph, this Bohemian would be very happy. Thank you

I will sure correct any mistake..
Thank You for writing..
Hopefully that makes this Bohemian happy. And could you make me happy, by putting you name..
Thanks!

Can you please also correct (stop repeating mistake made by others) the name of our great hero Thaddeus Kościuszko on your page. (you listed it as Thaddeus Kosciuzsko)
​It should be ​SZ instead of ZS.

The 3 statues on Solidarity Drive are a perfect example of ethnic Chicago. Because these statues are of 2 Polaks and 1 Bohemian. LOL