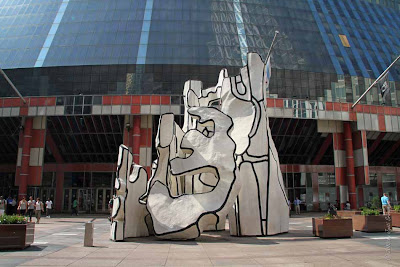 Jean Dubuffet described this sculpture as a "drawing that extends into space" and hoped it would reach to the men on the streets. Jean Dubuffet felt a special affection for Chicago, home to one of his three monumental sculpture commissions in this country. Monument with Standing Beast is comprised of four elements that suggest a standing animal, a tree, a portal and an architectural form. The configuration invites viewers to enter the sculpture and echoes the dramatically open plan of the James R. Thompson Center...

Dubuffet coined the term "ART BRUT" which translates into "Raw Art" ... which he defines as art created outside the boundaries of official culture. In his words Art Brut are ... "Those works created from solitude and from pure and authentic creative impulses - where the worries of competition, acclaim and social promotion do not interfere - are, because of these very facts, more precious than the productions of professions". 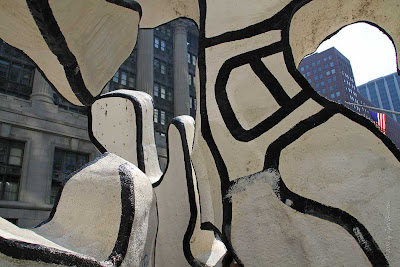 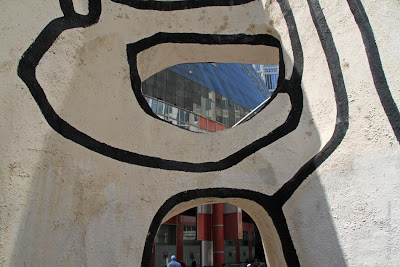 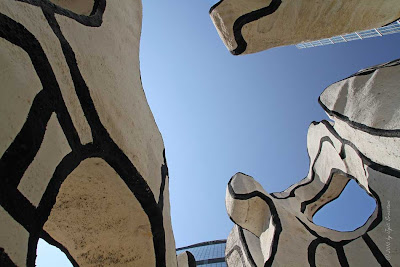 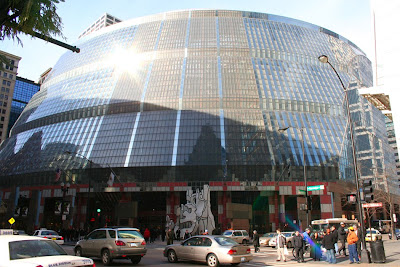 Monument with Standing Beast, with Thompson center in the background.
Also in the Thompson Center.. 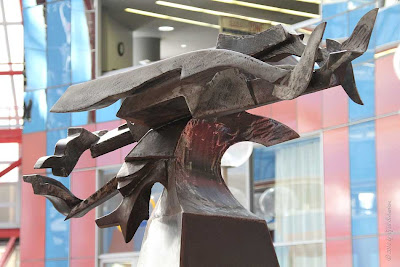 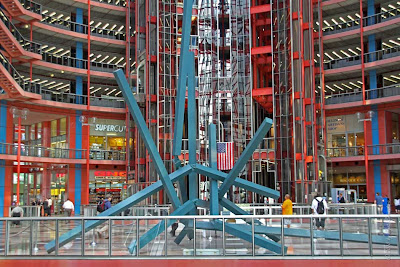