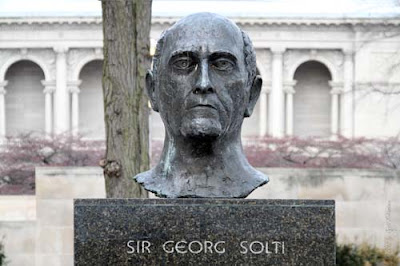 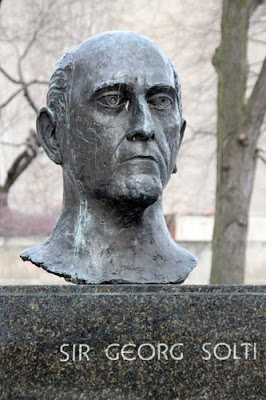 Sir Georg Solti (1912-1997) was a world renowned orchestral conductor who served as director of the Chicago Symphony Orchestra for more than two decades. Born and trained in Budapest, Solti conducted in major cities in Europe and served as the music director of the Los Angeles Philharmonic before becoming the first Music Director Laureate of the Chicago Symphony Orchestra in 1969. Over the next twenty-two years, he conducted a total of 999 performances. Solti was the recipient of thirty-two Grammy Awards. Recognizing his importance to Chicago, Solti once said “They should erect a statue to me.” This bust was sculpted in 1987, and dedicated in front of the Lincoln Park Conservatory on the maestro’s 75th birthday.

In 2006, when a new Sir Georg Solti Garden was created in Grant Park, the Chicago Park District moved the bust there and placed it on a stately dark granite base. Chicago’s first lady Maggie Daley and Lady Valerie Solti were present at its rededication. The Grant Park Conservancy co-sponsored the new garden and relocation of the monument .. 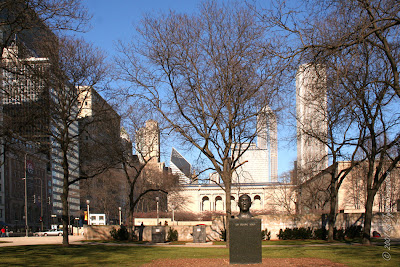 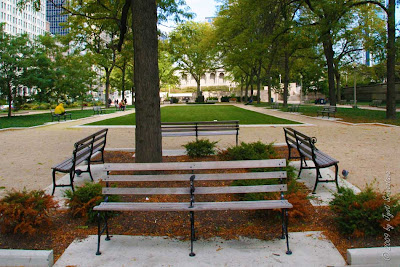 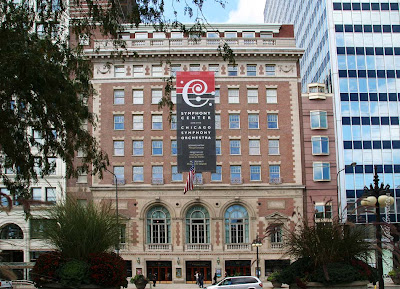 Chicago Symphony Orchestra building ..
Address: Symphony Center, 220 S Michigan Ave, Chicago, IL 60604 ..
Sir George Solti was the director of Chicago Symphony Orchestra from 1969 until 1991. He was made the only Music Director Laureate in that orchestra's history. Before Solti took over as the CSO's music director, CSO violinist Victor Aitay described Solti's work style as follows:

"Usually conductors are relaxed at rehearsals and tense at the concerts. Solti is the reverse. He is very tense at rehearsals, which makes us concentrate, but relaxed during the performance, which is a great asset to the orchestra."

In total, Solti conducted 999 performances with the CSO. His 1,000th performance was scheduled to be in October 1997, around the time of his 85th birthday. But he died on September 5, 1997 .. The City of Chicago renamed the block of East Adams Street adjacent to Symphony Center as "Sir Georg Solti Place" in his memory. 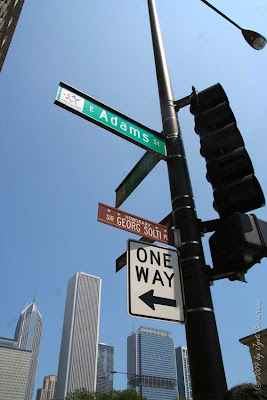 I had the pictures of the bust when it was initially installed at the Lincoln Park Conservatory ... 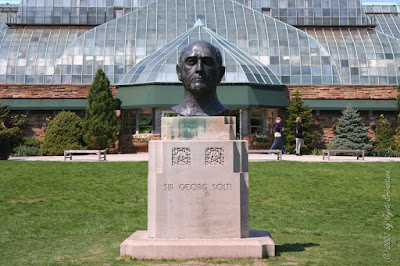 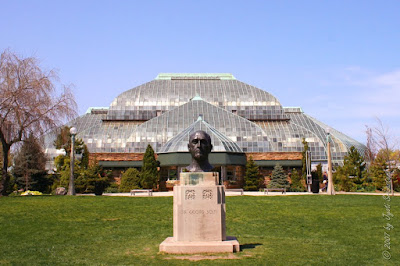 I was wondering where Sir Georg had gotten off to! I live in Lincoln Park, and noticed immediately when he had left the garden outside the Conservatory. Thanks again for your great work!....JC