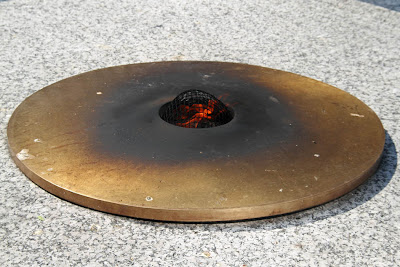 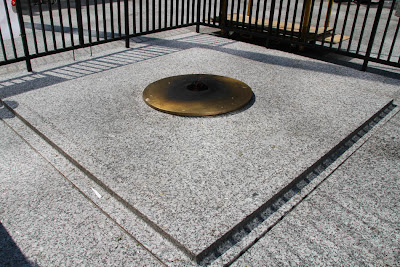 Continued from the post on the Daley Plaza..
Eternal Flame Memorial..
Construction finish: 1972
"This is the heart of Chicago and I know the heart of Chicago is with us today."
With those words, Mayor Richard J. Daley dedicated an eternal flame to the Daley Center Plaza. When it was dedicated on August 22, 1972, the eternal flame was Chicago's first memorial to honor the dead from four wars, World War I, World War II, the Korean War and the Vietnam War.

The Eternal Flame Memorial at Daley Plaza is a granite slab bearing a bronze circular disk containing a natural gas flame that burns perpetually. The inscription reads as follows: Eternal flame in memory of the men and women who have served in our armed forces. Army, Marines, Navy, Air Force, Coast Guard, National Guard, Reserves and Merchant Marines.

City officials created the Eternal Flame in response to veterans organization leaders' pleas for a memorial that would serve as a monument to deceased service personnel. The flame which burns continuously was lit on August 22, 1972 by Albina Nance, who was then President of the Illinois Gold Star Mothers, an organization of the mothers of fallen service members. 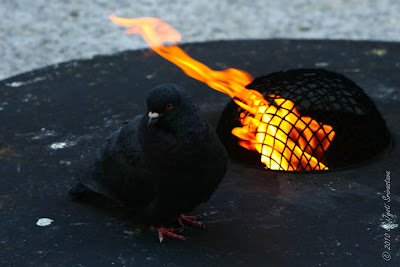 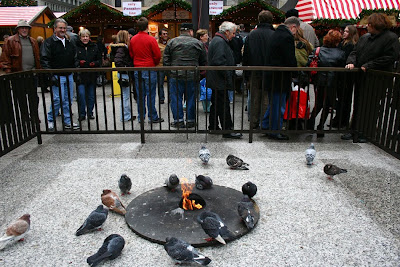 Is there a picture of the engineers that developed the flame? My father was part of that team. And if there is a photo I would love a copy. He was Don Fleming and he passed away on Jan 1 2020. This is his legacy.