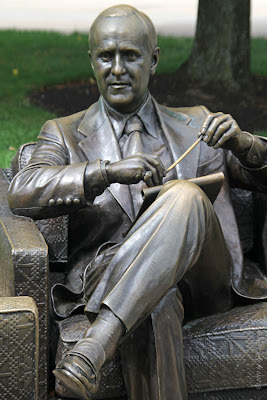 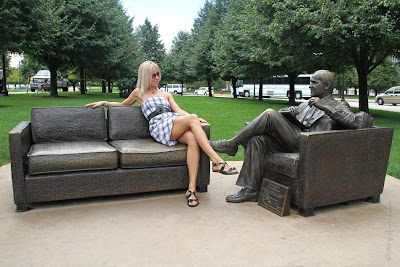 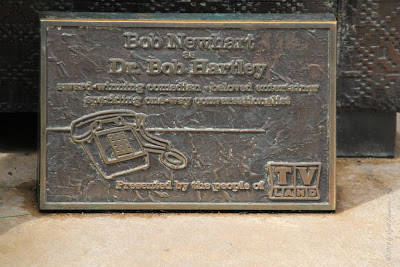 Bob Newhart as Bob Hartley..
A life-size sculpture of fictional psychologist Bob Hartley played by comedian Bob Newhart, who appeared on the sitcom The Bob Newhart Show on CBS [1972-78]..

The website TV acres, has some information on this statue.. An excerpt..
The statue depicts Dr. Robert Hartley in a traditional pose as he sat in his office and listened to the problems of his patients who sat on the sofa to his right.

Initially, the statue was unveiled at The Plaza of the Americas at 420 North Michigan Avenue, and then immediately was moved outside of the building at 430 N. Michigan Avenue which was seen during the show's opening credits.

This intimate sidewalk location, gave passer-byers the chance to greet the statue with the catchphrase "Hi Bob!" and take a few moments to share their problems with Bob's button-down mind. Three months later on November 1st, the statue was moved to its permanent location at Chicago's Navy Pier... 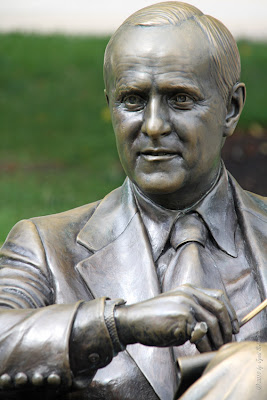 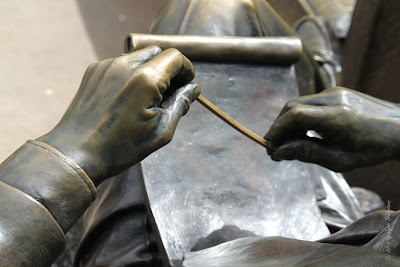 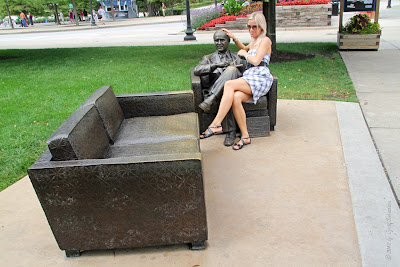 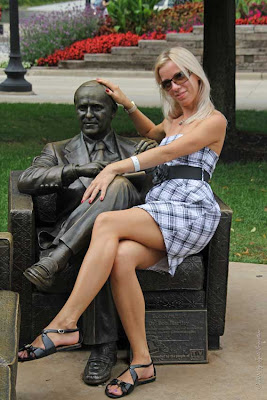 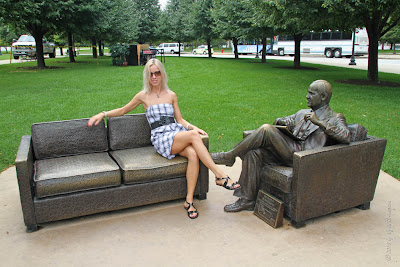 Thanks to a visitor who posed for me!!!
Posted by Jyoti at Wednesday, September 15, 2010

What a beautiful reminder that you were here!!! What a tribute to a wonderful actor and person. Thank you.