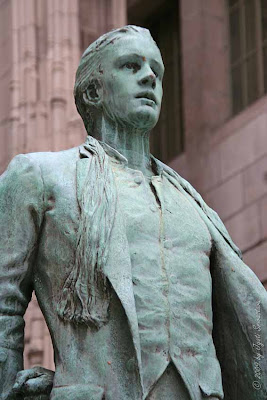 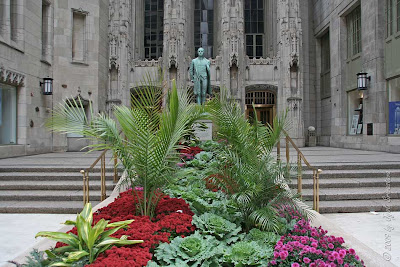 His famous lines ..
" I only regret that I have but one life to lose for my country" ..

Nathan Hale [1755-1775] was a 21-year-old American Revolution era spy... he disguised as a Dutch schoolteacher, and attempted to infiltrate New York’s British ranks to gather intelligence on the enemy’s Long Island military installations. The young man was captured, however, on the night of September 21, 1776 and hanged for treason the next morning on a gallows ... 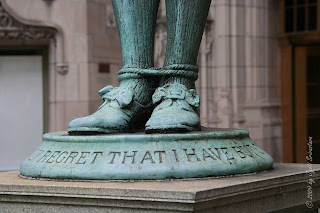 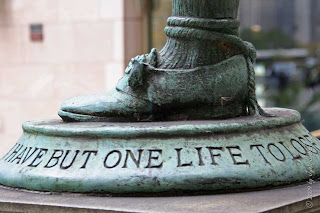 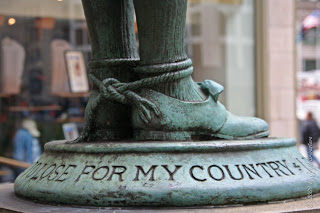 Words inscribed at the base of the sculpture ..
"I only regret that I have but one life to lose for my country" ..