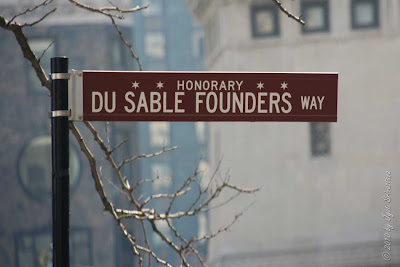 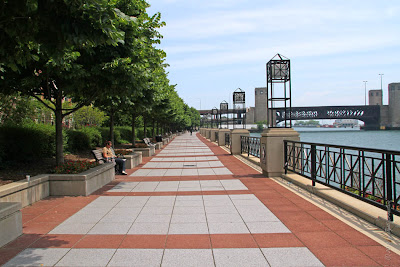 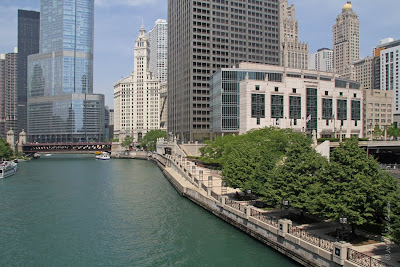 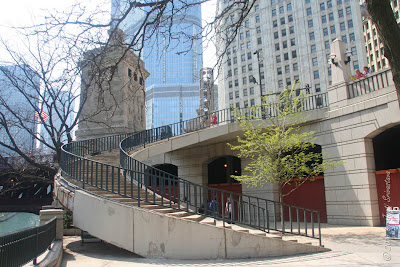 As we walk down the stairways from the north-east of the Michigan Avenue bridge, there's a signage "Honorary: DuSable Founders Way". It can be seen in the image below, on the right corner.. 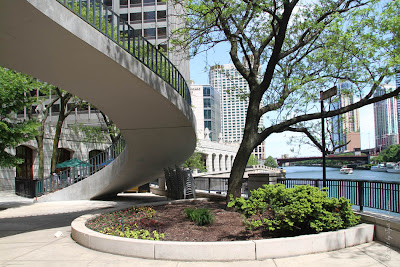 Jean Baptiste Pointe du Sable [1745 -1818] popularly known as "The Father of Chicago", was the first known non-native settler in the area which is now Chicago, Illinois. Du Sable was recognized by the State of Illinois and the City of Chicago as the Founder of Chicago on October 26, 1968.. 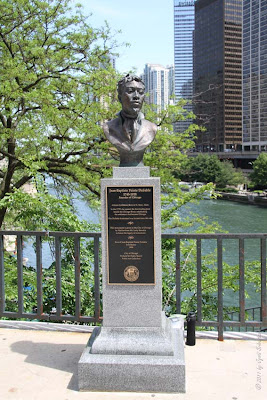 A bust of DuSable, by sculptor Erik Blome, as also been installed [in 2009] on the north-eastern corner of the bridge..
For more, click here.. 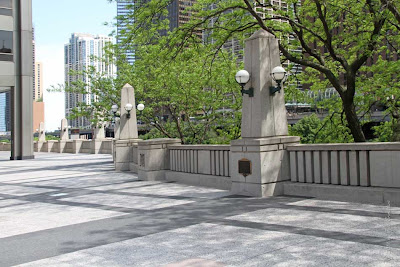 Du Sable Homesite [at the north-east corner of Michigan Avenue bridge] has been designated a National Historic Landmark. On Friday, October 15, 2010, the Michigan Avenue bridge was officially renamed as DuSable bridge. 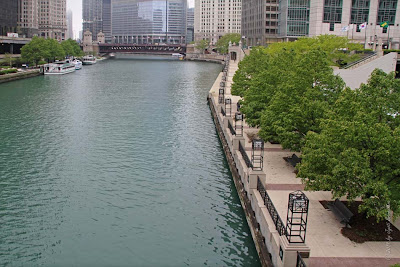 I find this walkway [DuSable Founders Way] to be a very beautiful relaxing place to just walk or sit on the chairs and enjoy the river and cityscape.. 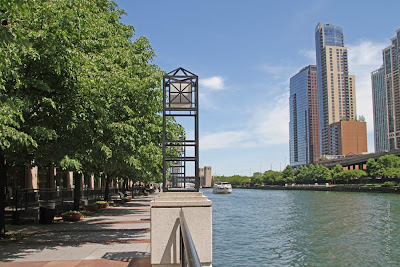 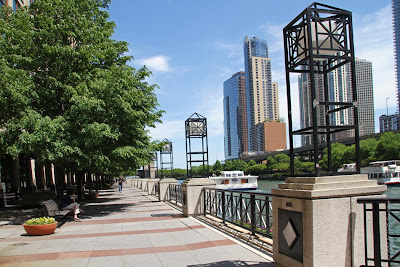 Walking on the DuSable Way, one can find..
- Chicago Rising from the Lake by Milton Horn..
- Nicholas J. Melas Centennial Plaza and Founatin.. 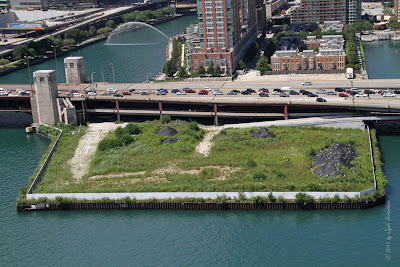 At the eastern end of the walk a DuSable Park is under construction. 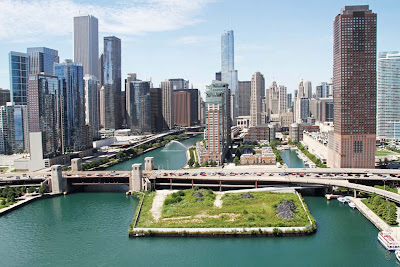