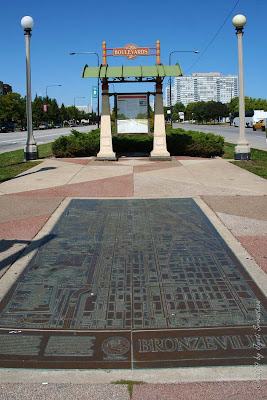 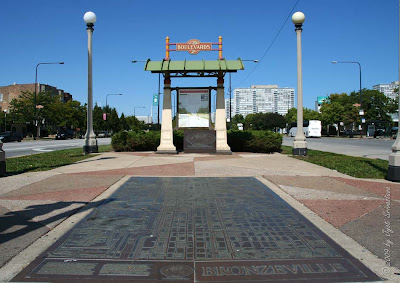 At the bottom of the bronze street map is inscriped ..
Bronzeville: Depicted here are some of the geographic, cultural and historical features of this area - the "Black Metropolis" of Chicago. In the period after the First World War, an African American community of vitality and influence developed along these streets. The mixture of people here, since the late 19th Century and those drawn here during the Great Migration of the 20th Century, produced a new force in Black America: an urban home distinguished for its accomplishments in business, the arts, and community life. Particularly notable was the flowering of great music - jazz, blues, and gospel - that has enriched American culture from that time forward. Today, the Bronzeville legacy lives on in a community that looks with pride to its past and with confidence to it's future .. 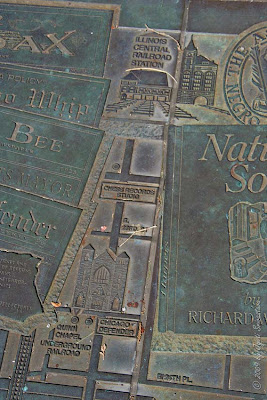 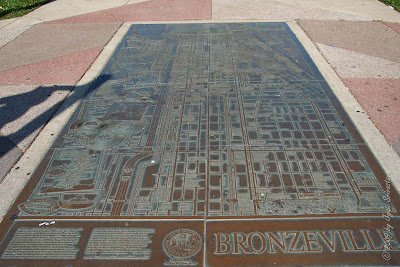 you need to die