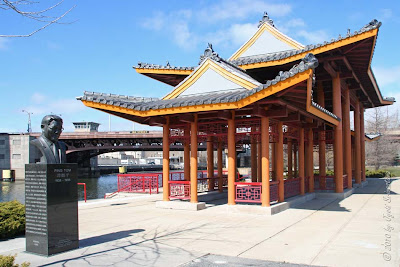 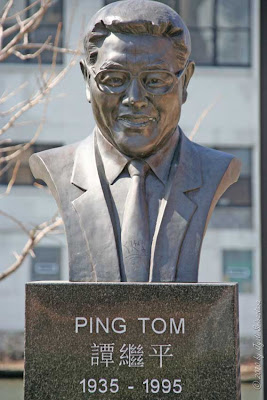 Ping Tom Memorial Park..
Ping Tom Memorial Park was named in honor of the leading force behind this creation, Chinatown's most noted civic leader, Ping Tom. A lifelong resident of Chinatown. Ping Tom became president of several businesses in the community, after earning degrees in Economics and Law from Northwestern University. In 1984 he and other business leaders formed the Chinese American Development Corporation. This private real estate firm transformed a 32-acre rail yard site into Chinatown Square, a one hundred million dollar residential and commercial expansion of Chinatown.
Ping Tom was Founding President of the Chinatown Chamber of Commerce, a past President and Director of the Chinese American Civic Council and an advisory board member of the Chinese American Service League. Ping Tom served as a trustee of a number of important civic and cultural institutions. he was also an advisor to U.S. Senators,Illinois Governors and Chicago Mayors. 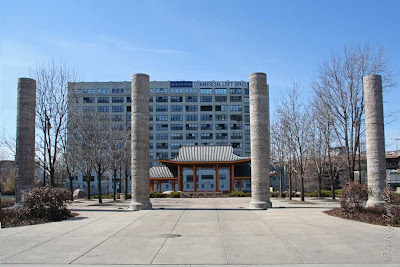 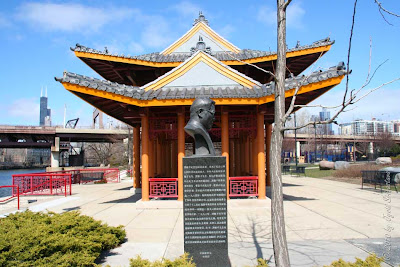 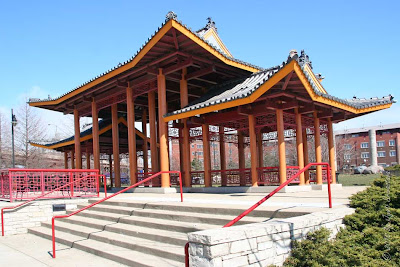 One of the main attractions of the Park for me was the close proximity to the S Canal Street bridge.. and a bonus was this view of downtown.. 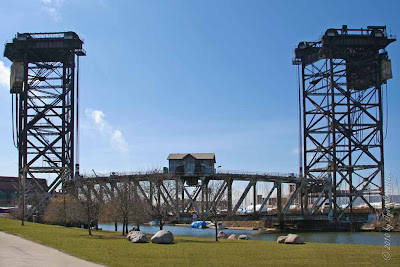 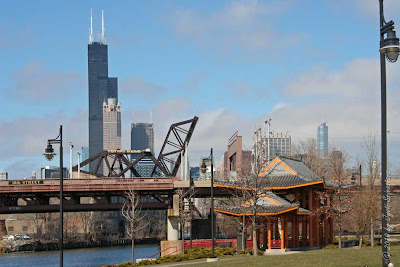 Please include here the sculpture of the first Chinese woman judge.