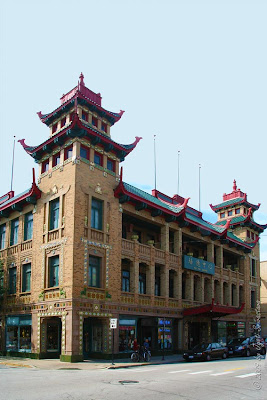 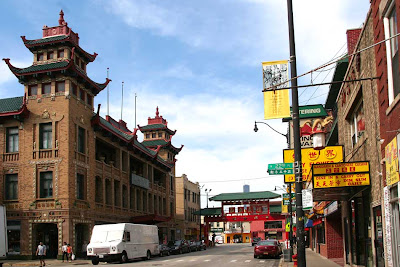 It was made by the powerful On Leong Merchants Association .. In 1992 it was seized by the Federal Government, later sold the building to the Chinese Christian Union Church .. which now owns the building. It made extensive alterations to the interior but left the exterior untouched.

The official Chicago Landmarks web site says that ..
Its Oriental-style design was derived from the architecture of the Kwangtung district of China, the ancestral region of many of Chinatown's early residents.>.

However, The Chinese-American Museum of Chicago website [ click here .. ] points out that the design is not authentic oriental, but rather a Westerner's reinterpretation of Chinese architectural forms ..
The decorative tiles on the walls of the building are American, not Chinese, made by the Teco Pottery Company in Crystal Lake, Illinois. Teco vases and flower pots had similar glazes and are now considered to be highly collectible. Note that none of the motifs are truly Chinese -- they were designed by a creative European-American who had seen very little real Chinese art or architecture .. 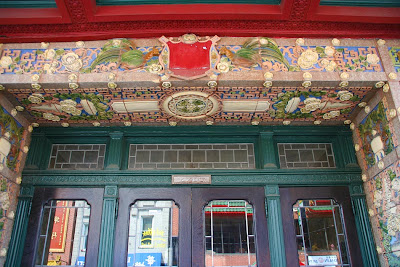 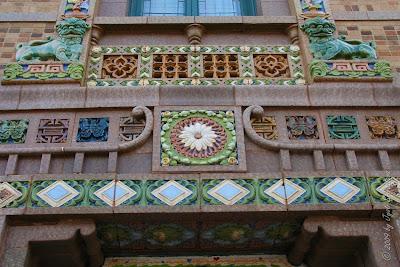