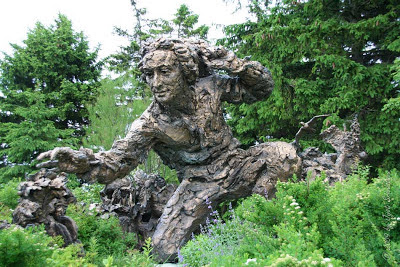 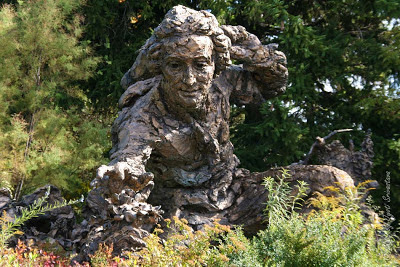 Carl Linnaeus [1701-1778] was a Swedish botanist, physician, and zoologist, who laid the foundations for the modern scheme of binomial nomenclature, the international system of naming plants and animals that is still in use today. He is known as the father of modern taxonomy, and is also considered one of the fathers of modern ecology.

He is shown reaching eagerly toward the plants in his path with a collector’s enthusiasm. The prominent bird in the sculpture — a golden plover, which can fly for thousands of miles — refers to the many students of Linnaeus who traveled the globe collecting plants for him to name... 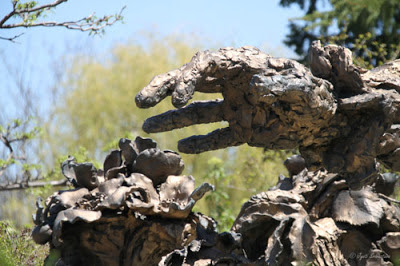 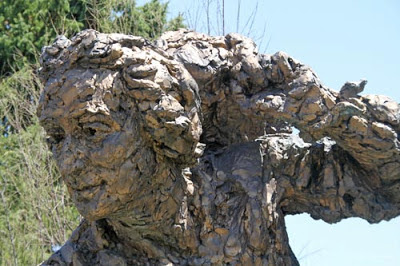 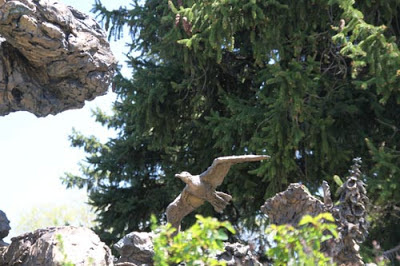 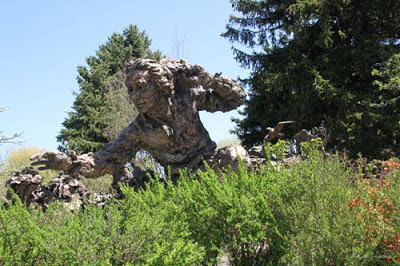 The figure seems so like some older sculptures depicting the "green man" of mythology, we wonder whether Berk might have intended this?