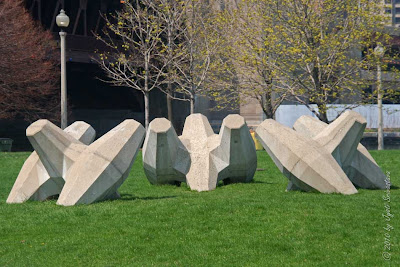 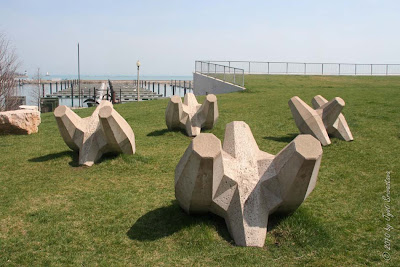 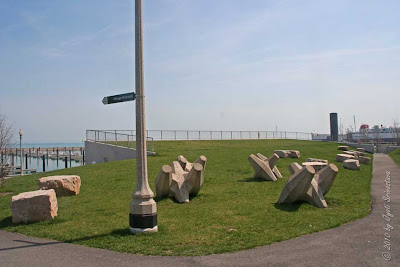 From the Chicago park District Website..
In 2000, Westrec, the company that manages the Chicago Park District’s harbors and marinas, installed several Core-loc armoring devices in Grant Park just west of the DuSable Harbor as part of a larger landscape improvement project. Although the concrete objects resemble giant versions of children’s toy jacks, they are actually functional shore protection devices which have been patented by the U.S. Army Corps of Engineers. Hundreds of such Core-loc devices had previously been used to protect the wall along the edge of DuSable Harbor. The ones placed along the park’s grassy knoll no longer serve structural purpose for which they were designed, but they can be seen, instead, as interesting art objects.. 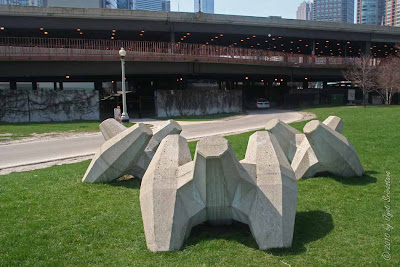 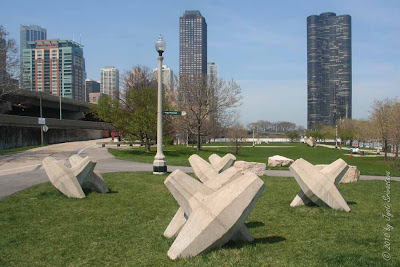 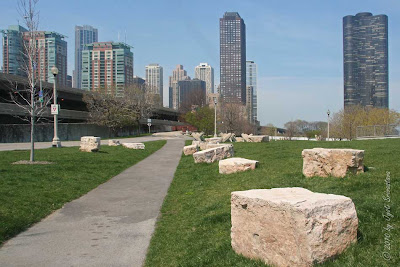 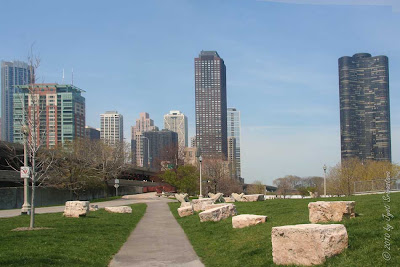