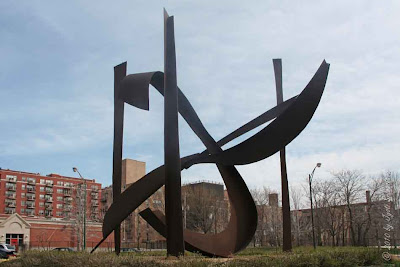 Excerpt from the City of Chicago official website ..
Herbert Ferber was among the leading sculptors of the Abstract Expressionist movement of the 1950s. In 1972, the American Dental Association commissioned this sculpture by Ferber, who held a degree in dentistry. It was donated to the City of Chicago in 1992... 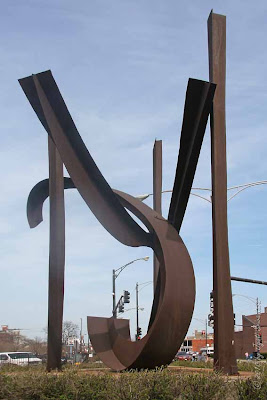 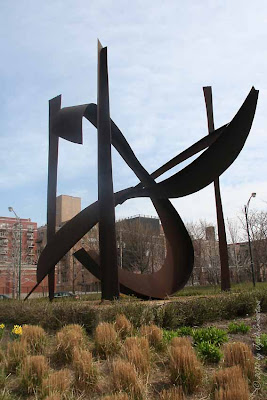 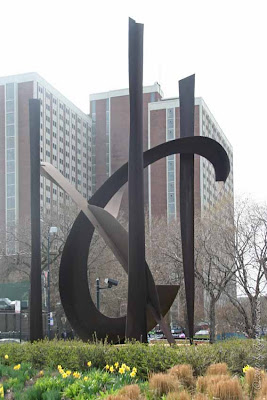 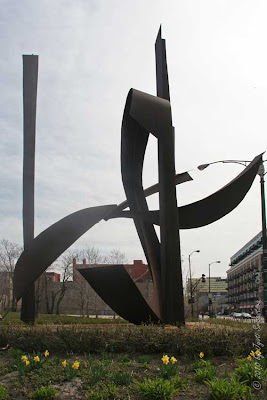 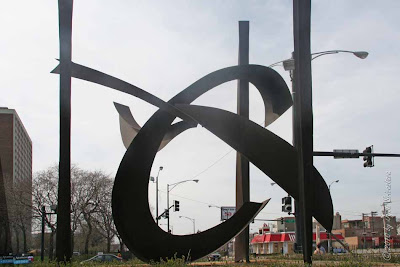 In describing this particular artwork, Ferber explained..
“The important thing about this sculpture is that the forms and the spaces between the forms are equally important. The forms hold the space and the space holds the forms. This is very different from looking at a traditional sculpture which is monolithic, a surface which defines a mass.” Contrary to traditional, static sculptural forms, Ferber’s fluid work seems to move weightlessly through space..

Mr. Ferber was one of a small group of American sculptors who in the 1940's began to break with the traditional notion of sculpture as a solid, closed mass. He made open, airy forms that, as he put it, "pierced" space rather than displaced it, and he is credited with creating, in 1960, one of the first environmental sculptures intended for people to walk through.
Influenced by Surrealism, his baroquely exaggerated Abstract Expressionist works were heavily charged with symbol and myth. They were full of expressive movement, suggesting figures in flight, plant and animal life, the shapes of bones and fossils. But by the early 1960's his sculptural vocabulary had become leaner, relying more on simpler shapes like ovals and segmented circles. Often, his forms were confined in cagelike constructions.
Posted by Jyoti at Thursday, April 01, 2010