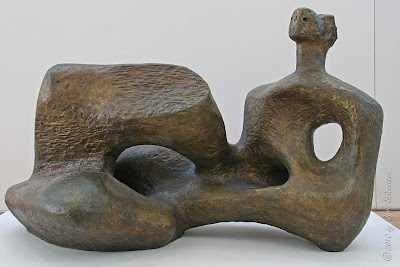 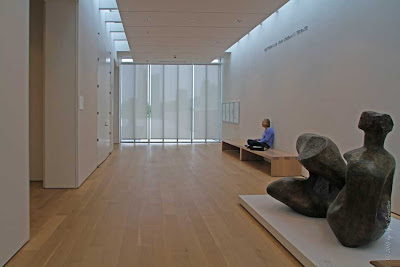 When we talk about modern large-scale public art, the name of Henry Moore stands out..
"I would rather have a piece of my sculpture put in a landscape, almost any landscape, than the most beautiful building I know".. [Henry Moore - 1955]
Moore is famous for monumental sculptures.. His themes are mostly mother-and-child and reclining figures.. and his style is modern, surreal, mostly abstraction of human figures.. and most of his sculptures have holes or hollows, which became his trademark.. 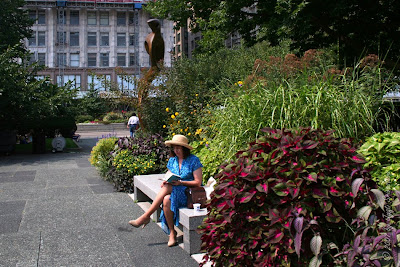 Large Interior Form..
Location: AIC - North Garden..
This piece has grown on me.. When I first saw it, I didn't care much, but now I find it very interesting. It always feels like someone is watching over you..

In 1951, Henry Moore turned down knightship, because he didn't think it was fitting for a working-class Yorkshire lad. He spent most of his life in modest cottage in Perry Green, Hertfordshire..