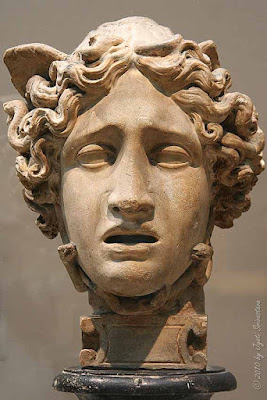 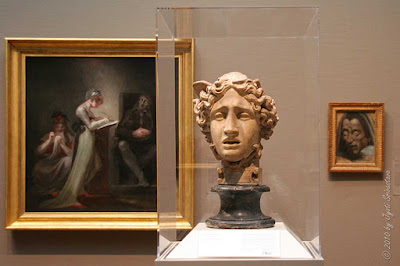 The Head of Medusa..
By Antonio Canova [1757-1822]
1801 /Plaster..
the marker reads..
The great Neoclassical sculptor Antonio Canova dominated the artistic scene in Rome at the turn of the 19th century. This bust represents a partial study for his marble statue Persus Holding the Head of Medusa. The face of Medusa, a monster from Greek mythology, had the power to petrify anyone who beheld it. Canova expressed the horror of Medusa's appearance and her death throes in this decapitated head. the sculptor initially modeled the work in clay, subsequently making a plaster mold of it...