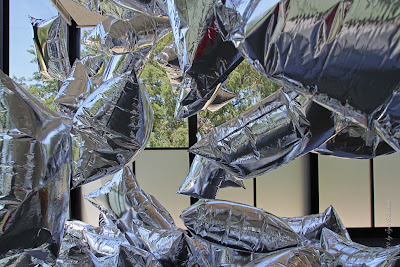 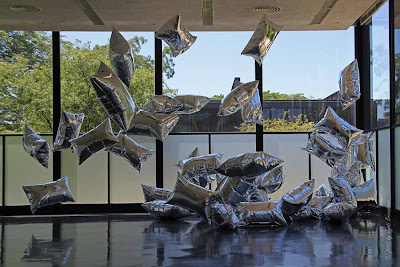 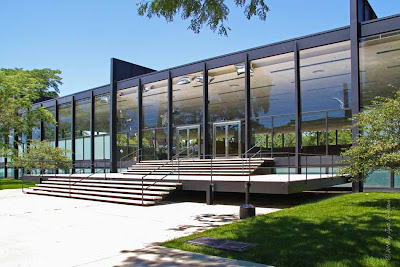 These were so much fun to photograph!!!
Make a trip, and see hundreds of Silver Clouds, floating freely in the Crown Hall. An example of Kinetic Art. And Yes, you can touch them! These are helium-filled metalized plastic film [scotchpak].. 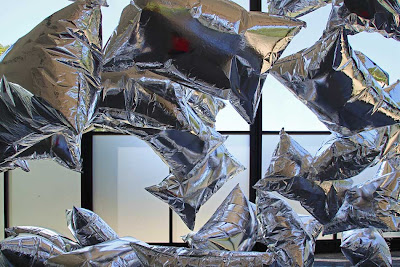 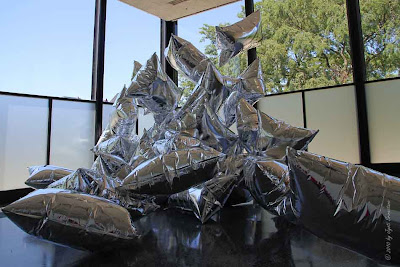 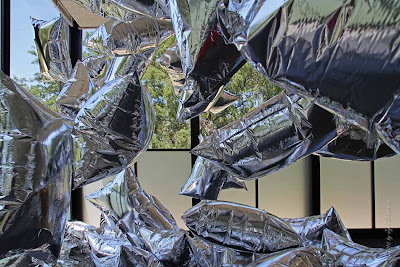 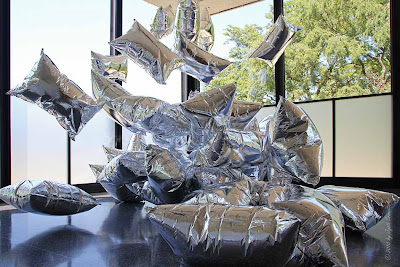 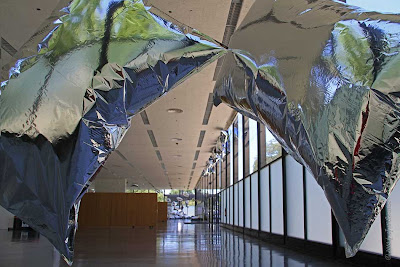 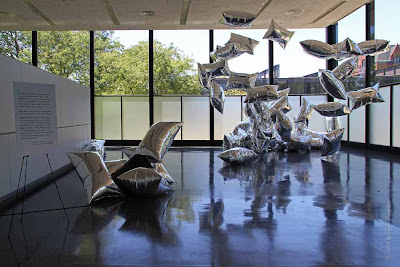 To get an idea of the scale, I requested Trey, a member of the Mies Society and a student at IIT, to hold one of the Silver Clouds for me..
Thanks Trey! 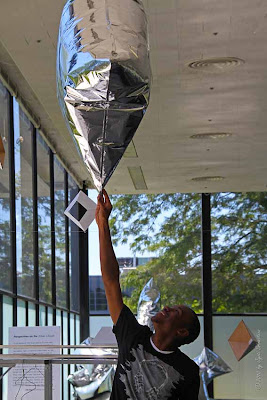 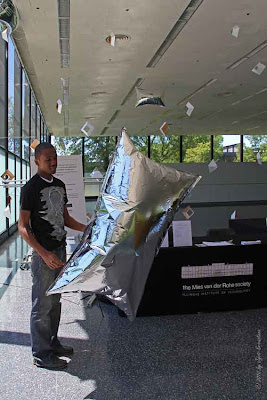 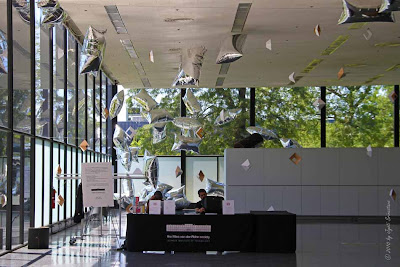 The pamphlet has some more information..
Filled with helium, Andy Warhol's "clouds" first appeared at Leo Castelli Gallery in New York in 1966. They're a product of a collaboration between the iconic art star [Andy Warhol] and the engineer Billy Kluver. This is the largest installation yet of Silver Clouds.. 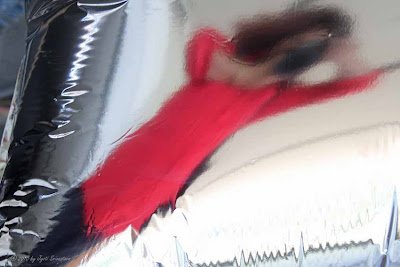 My reflection on Warhol's Silver Clouds!
Posted by Jyoti at Friday, July 02, 2010