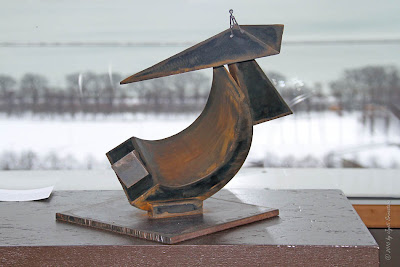 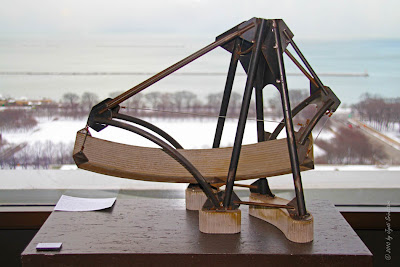 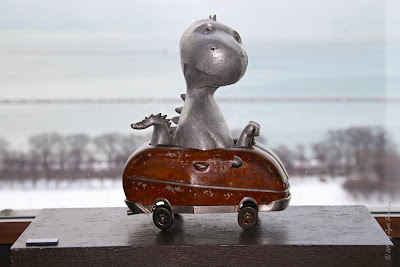 Dinosaur in the Car -  by Erik Lowe..
[Cast aluminium and steel] 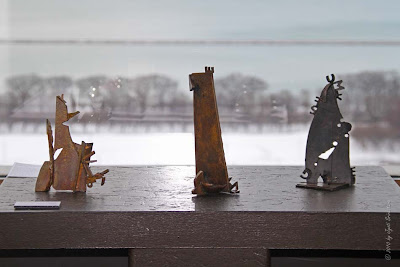 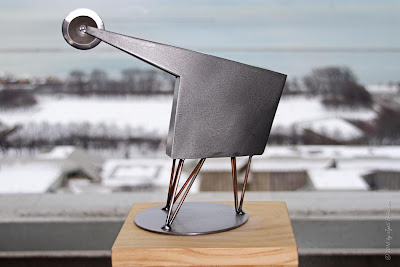 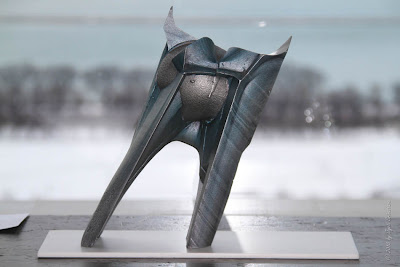 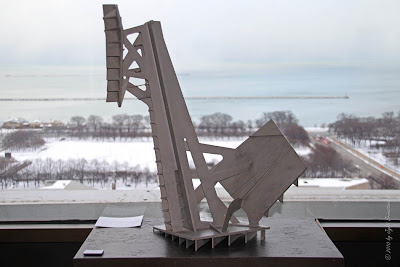 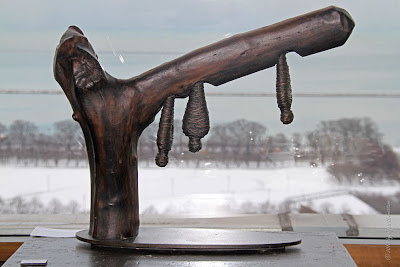 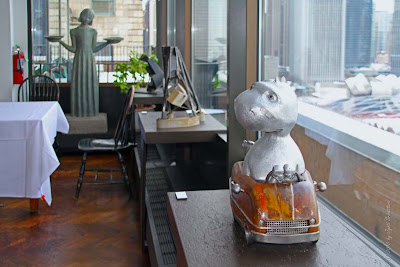 The above sculptures are placed along the window glass panels, on the 22nd floor penthouse of the Cliff Dwellers.. In the backdrop one can see the frozen Chicago.. 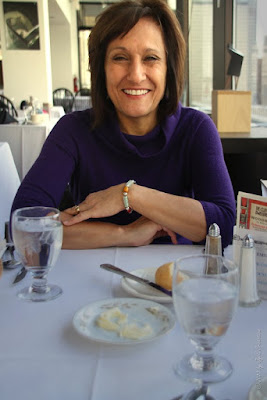 Thank You Christine Rojek, for a trip to The Cliff Dwellers..
The show was curated by Christine Rojek and Carol Hammerman. It displays some sculpural pieces by members of Vector Fabricating.
Location: 22nd floor penthouse at 200 S Michigan Ave..
The Cliff Dwellers is a private club and functions as a non-profit organization for men and women either professionally engaged in, or who support, the fine arts and the performing arts..
Vector Fabricating Inc. ..supplies Architectural and Ornamental Metals for exterior and interior high profile areas, specializing in architectural elements, monumental stairs, railings and sculpture. 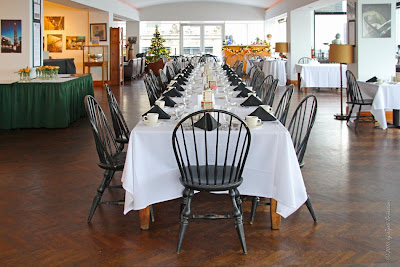 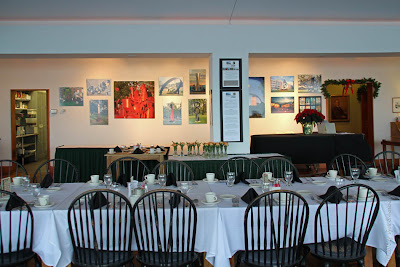 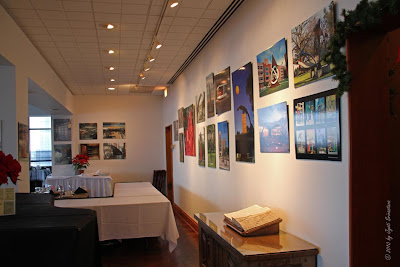 Some photographs of works by artists at Vector Fabricating..

It was great meeting with you again. You're a magician! I've never been able to photograph artwork at the Cliff Dwellers because it's so backlit, but your photos are beautiful as always. I just want to add that Carol Hammerman was the co-curator of the exhibit. Carol is a sculptor and co-founder of SculpTours.

Thanks for the missing information. I have updated my post to include the name of Carol Hammerman..
And Christine, meeting you was my pleasure..