The Runners - by Theodoros Papagiannis [Installation - A Pictorial Documentation] 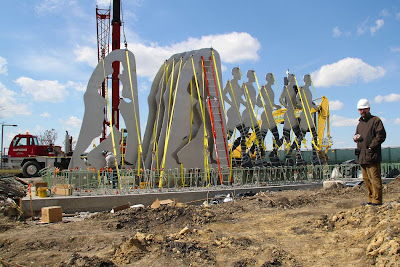 The Runners - by Prof. Theodoros Papagiannis..
The sculpture is donated by the Athens Committee of Chicago Sister Cities International. For more click here..
Location: O'Hare International Airport, at I-190, just before it joins I-90. 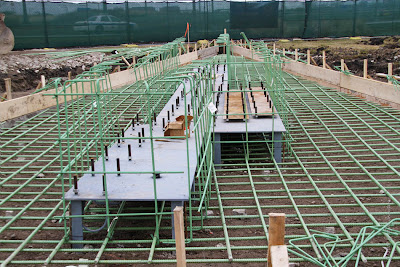 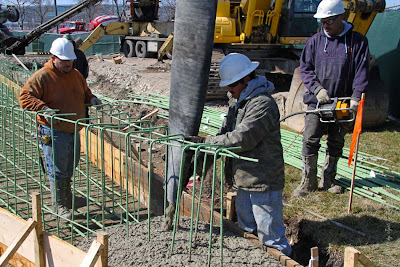 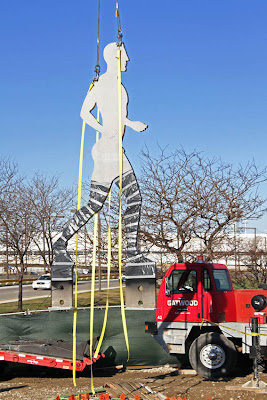 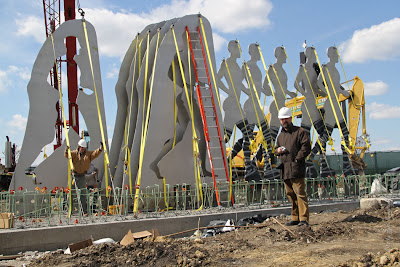 Installation of statues [April 5, 2011]. By 3 pm, the 18-foot tall and 40-foot long sculpture was installed.. Sculptor Prof. Theodoros Papagiannis was present for the installation of the statues. He flew back to Athens the next day, and will be back soon for the ribbon cuttting on May 2nd.. 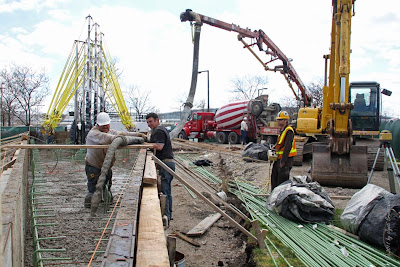 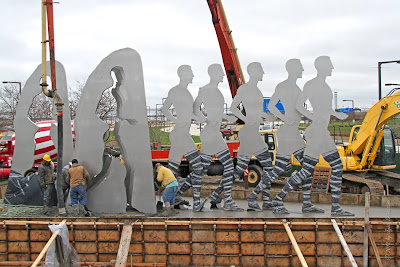 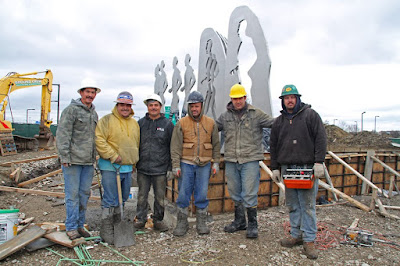 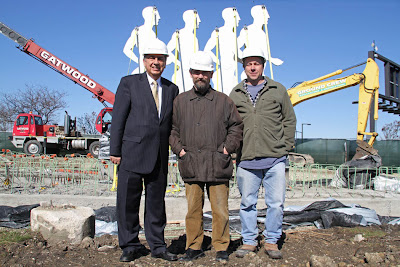 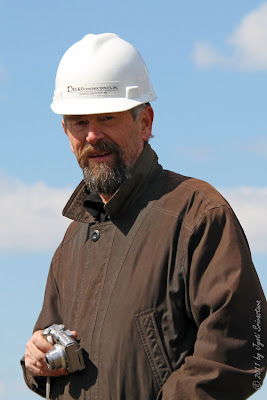 Sculptor Theodoros Papagiannis is a professor at the prestigious School of Fine Arts in Athens. His work is found in many public buildings and places, both in Greece and abroad, as well as in public and private collections, museums, and galleries. 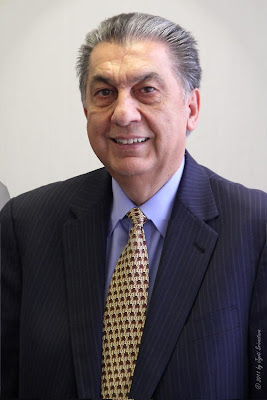 Mr. Demetrios Kozonis is the Chairman of Athens Committee [Chicago Sister Cities International]. He is also the President and Founder of Delko Construction Co., Inc., incharge for the installtion of the sculpture.. Mr. Kozonis has also spearheaded the fundraising efforts for "The Runners" project. 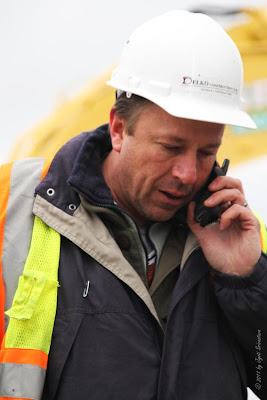 Mr. Andrew T. Dumovich is the Vice President of Delko Construction Co., Inc. He has been very closely overseeing the installation process.. 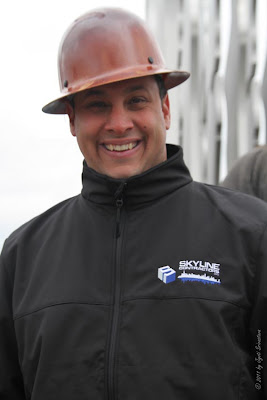 Mr. Vincent V. Gendusa from Skyline Contractors.. He has been closelty associated with the installation process.. 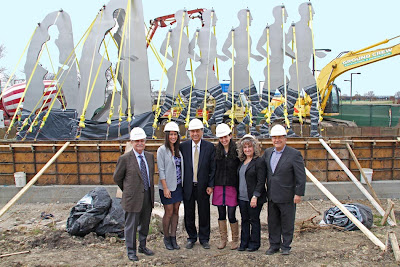 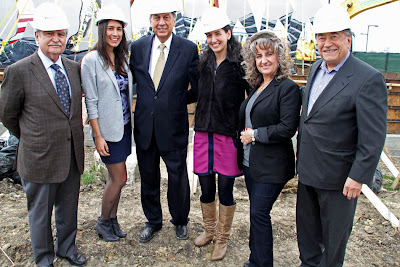 The Runners, is donated by the Athens Committee of Chicago Sister Cities International. Here is the Finance Team..

Cutting, fabricating, sand-blasting, installation and landscaping..
As any major installation, "the Runners" went through many different stages of production and installation...
Now coming to the construction stage..
Remaining work includes..

ATTENTION TO DETAILS...
A lot of planning went through the installtion of this massive 18-foot x 40-foot sculpture, with ten runners, each weighing about 3-5 tons. 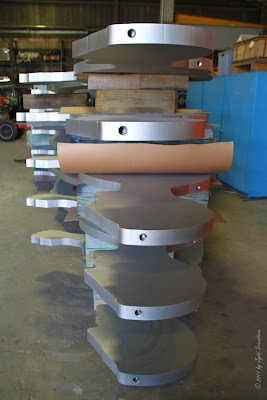 Holes in head and shoulders...
When I was at Duroweld, I saw the statue pieces and noticed holes in the head and shoulder [image above, click to enlarge]. I was told it was to facilitate the carrying of pieces by the crane for installation, and also, to provide support for fixing straps, till more concrete is poured to hold them at place. At the installation site, I saw how these holes were used..
The post is becoming too long, so I am continuing in another post..
For more on "The Runners: Attention to Details", click here..