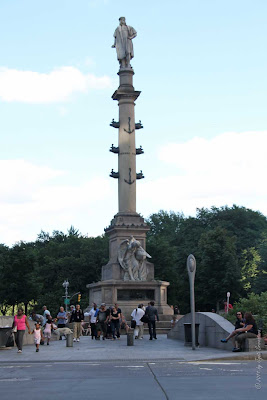 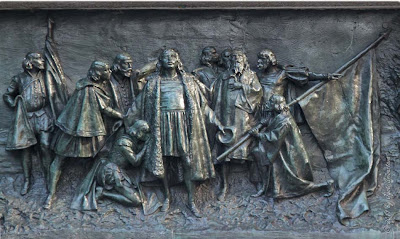 Columbus Monument..
Designed by Sicilian sculptor Gaetano Russo..
It was erected as part of New York's 1892 commemoration of the 400th anniversary of Columbus' landing in the Americas..
Completed: 1905..
Donated to the City of New York by the Italian-American community..
Location: Intersection of Eighth Avenue, Broadway, Central Park South,West 59th Street.. [Southwest corner of Central Park]
It is the point from which all official distances from New York City are measured.

Wikipedia informs..
Completed in 1905 and renovated a century later, the circle was designed by William P. Eno – a businessman who pioneered many early innovations in road safety and traffic control – as part of Frederick Law Olmsted's vision for Central Park, which included a "Grand Circle" at the Merchants' Gate, its most important Eighth Avenue entrance..

The total height of the plinth, pedestal, column and sculpture is 77 feet, enabling passerby to see the monument from miles away on a clear day. 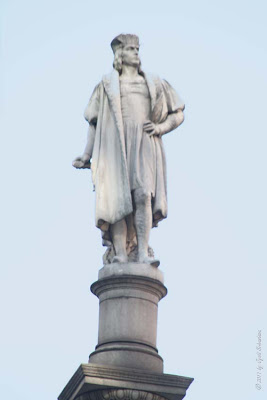 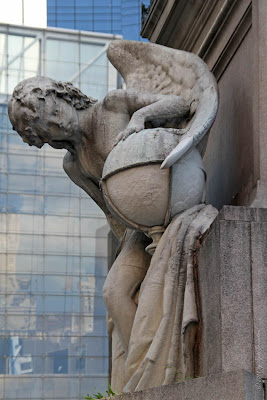 The pedestal features an angel holding a globe. It is variously called, Genius of Geography, Genius of Columbus, Genius of Discovery.. 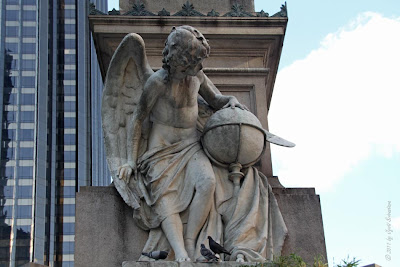 Bronze relief..
Columbus ship anchored in the Caribbean with men watching as he takes his longboat to the shore.. 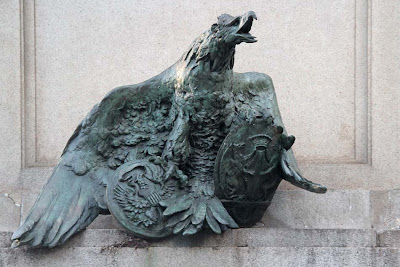 Bronze relief..
Eagle holding shields of Genoa and the U.S. 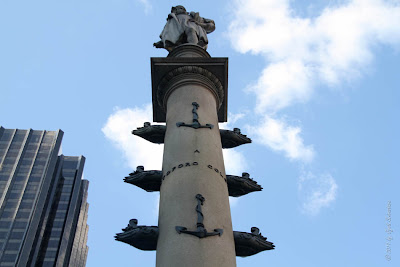 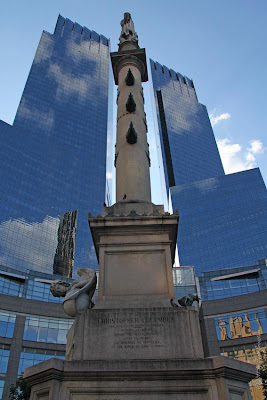 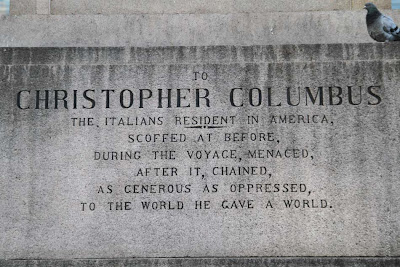 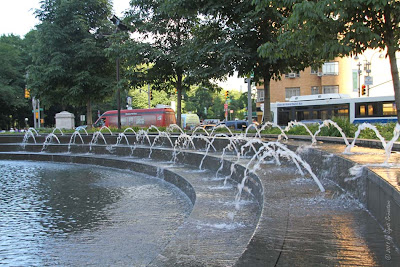