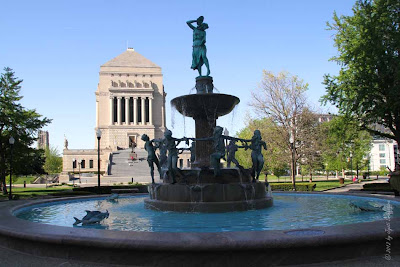 The Smithsonion American Art Museum catalog informs..
The fountain, which cost $50,000, was given to the City of Indianapolis by Mrs. Emma Ely Depew in memory of her husband Dr. Richard Johnson Depew. Commissioned by Mrs. Depew, Karl Bitter created the design for the fountain, but was killed in a traffic accident in 1915 before he could finish the work. Although Bitter's overall design was carried out, the fountain is largely the work of Alexander Stirling Calder who took over the project after Bitter's death. Architect Henry Bacon designed the architectural setting for the sculpture, and Calder modeled the figures and oversaw the execution of the fountain. In completing the fountain, Calder made substantial changes to the character and grouping of the figures 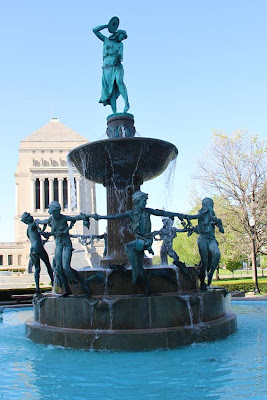 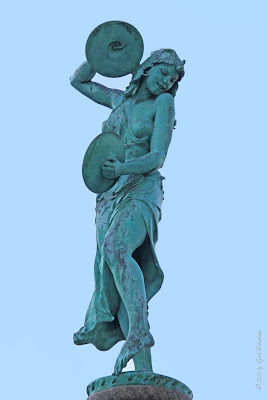 Naiad surmounting the fountain is shown as clashing her cymbals as she dances in wild abandon. In Greek mythology, Nainad were a type of nymph who presided over fountains, wells, springs, streams, and brooks. 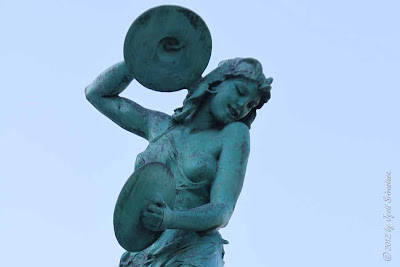 The two-tier granite fountain has bronze Naiad on the top and the lower-tier has eight bronze figures dancing around the center of the fountain basin. 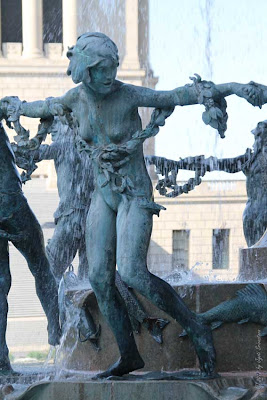 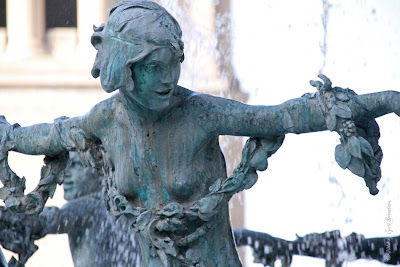 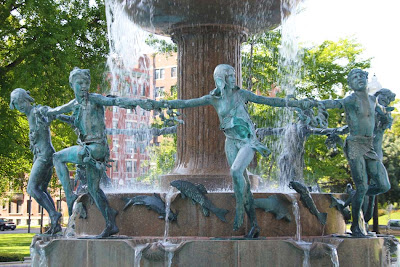 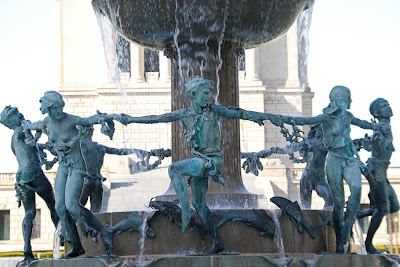 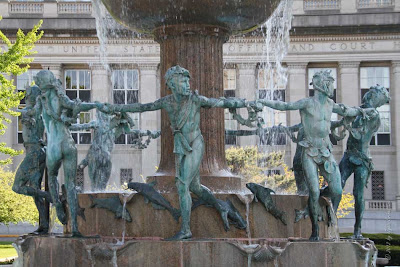 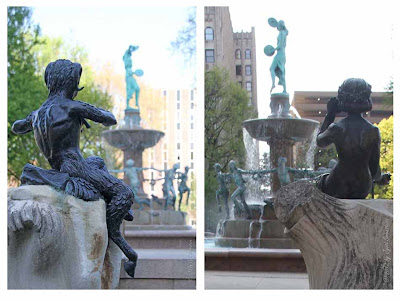 On the two sides of the fountain are the sculptures of Pan and Syrinx..click here.. 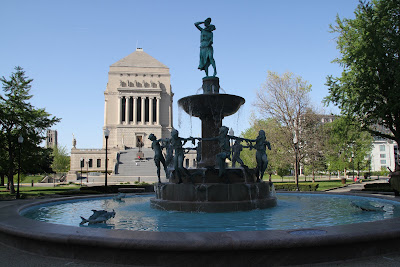 The building in the background is the Indiana World War Memorial.. 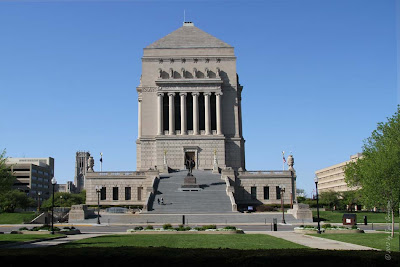 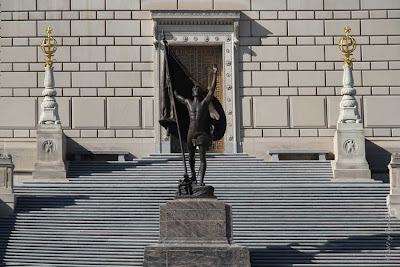 The statue is of a young man draped in an American flag reaching heavenward. Hering stated "I have attempted to embody in this memorial, the spirit rather than material concept of a soldier-- to give the figure an expression of all there is in humanity of aspiration, valor, renunciation and the perpetuation of the memory of the patriot fighting for the right. I include peace also, for the left hand raised in exultation also may snatch the olive branch." The statue is 24' high and weighs approximately seven tons. It was the largest sculptured bronze casting ever made in America at that time.

I have to go back to Indianapolis, to cover many more sculptures and memorials..
Posted by Jyoti at Tuesday, April 10, 2012