UIUC [ Fragments from unfinished Fountain of Creation - by Lorado Taft]

Taft planned 38 monumental figures and figure groups for the "Fountain of Creation".  But only four were carved in stone. Two flank the entrance of the UIUC Main Library [daughters of Pyrrha] and two are on the south side of Foellinger Auditorium [sons of Deucalion].  In addition, a scale model of the central group for the "Fountain of Creation" is at the Krannert Art Museum

Fragments from Lorado Taft's "Fountain of Creation"
Sons and Daughters of Deucalion and Pyrrha
Daughters: East side of the Main Library
Sons: South side of Foellinger Auditorium
At UIUC [University of Illinois at Urbana-Champaign] 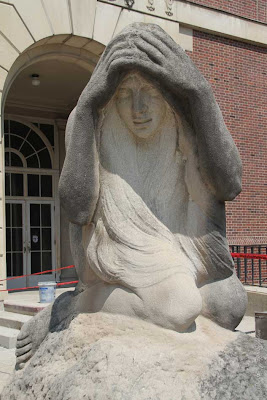 A Daughter of Pyrrha 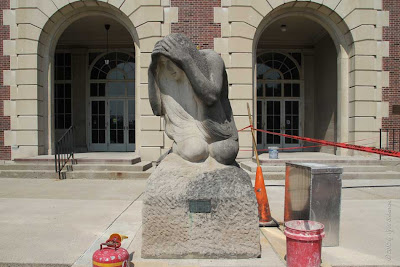 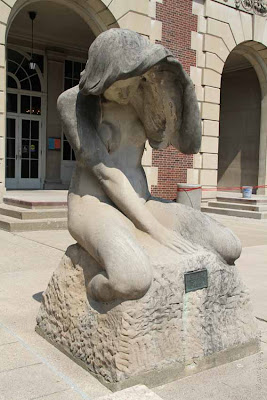 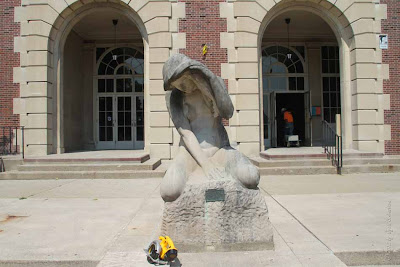 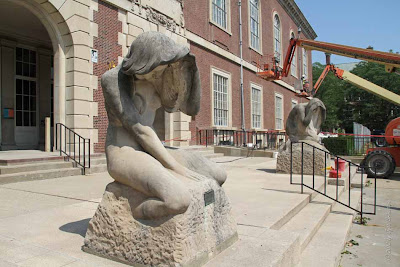 The above two sculptures.. Daughters of  Pyrrha, in front of the Main Library,  UIUC. 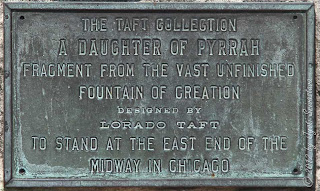 The plaques on the statues incorrectly spell Pyrrha as "Pyrrah." 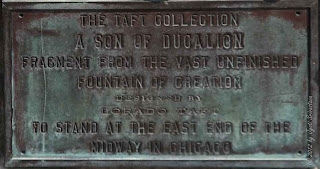 Excerpt from the Virtural Tour [UIUC].. click here
Lorado Taft created these statues, and Walter Zimmerman, a Chicago sculptor, carved them in 1933 out of Indian limestone...
Pyrrha was the daughter of Epimetheus and Pandora. Pyrrha, the first mortal-born woman married her cousin, Deucalion, and survived the Flood with him. Her daughters were Pandora and Thyla; each had children by Zeus. There are companion sculptures, "Sons of Deulcalion," which can be found on the south side of Foellinger Auditorium. The statues were a gift in 1937 from Mrs. Ada Taft. They stand in front of the east entrance. 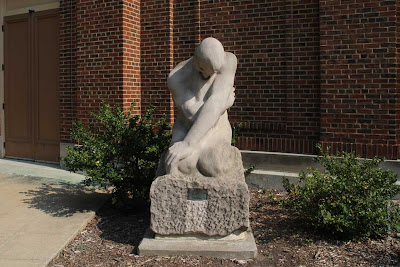 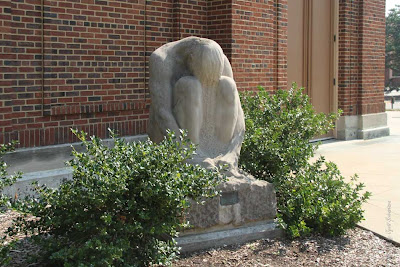 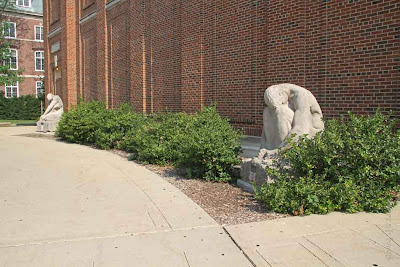 Sons of Deucalion, on the south side of Foellinger Auditorium
As stated above, these four sculptural fragments  from the incomplete "Fountain of Creation", are in the campus of UIUC.  The Krannert Art Museum as model of the central group of figures.. 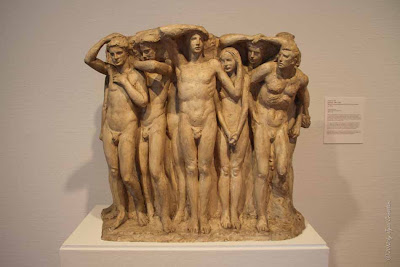 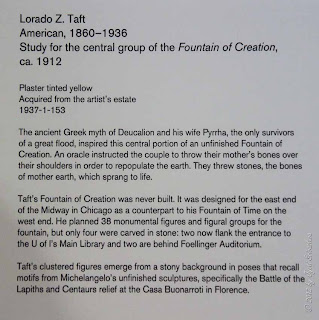 Excerpt from the marker..
The ancient Greek myth of Deucalion and his wife Pyrrha, the only survivors of a great flood, inspired this central portion of the unfinished Fountain of Creation. An oracle instructed the couple to throw their mother's bones over their shoulder in order to repopulate the earth. They threw stones, the bones of mother earth, which sprang to life.

Taft's clustered figures emerge from a stony background in poses that recall motifs from Michelangelo's unfinished sculpture, specifically the Battle of  Lapiths and Centaurs reliefs at the Casa Buonarroti in Florence. 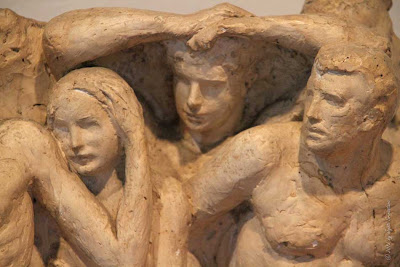 Details of the model for "Fountain of Creation"... 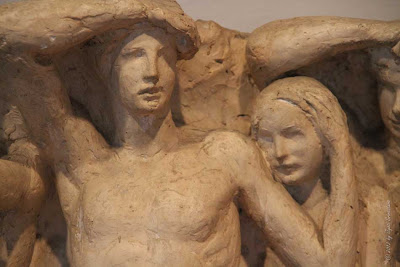 The Founatin of Creation was never completed. However, it was designed for the east end of the Midway Plaisance, as a counterpart of his "Fountain of Time" on the west end. 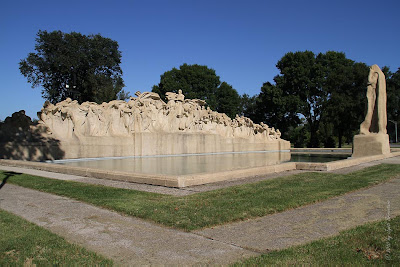 Thank you for sharing -- I love Lorado Taft's work, particularly the Art Institute's Solitude of the Soul.

Also I appreciate the sharing of Oregon's latest sculpture, and many other Chicago area monuments I've never seen

Thanks Julie!
Also, I checked out your website, and found some awesome work!