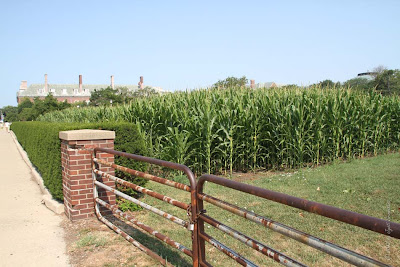 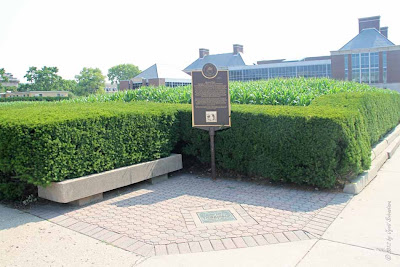 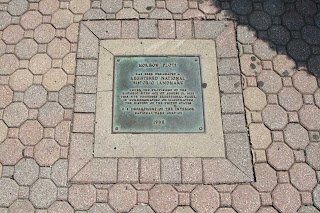 Morrow Plots
has been designated a
Registered National Historic Landmark.
Under the provision of the Historic Sites Act of August 21, 1935. This site posssses exceptional value in commemorating or illustrating the history of the United States of America.
U.S. Department of Interiors, National Park Service, 1968. 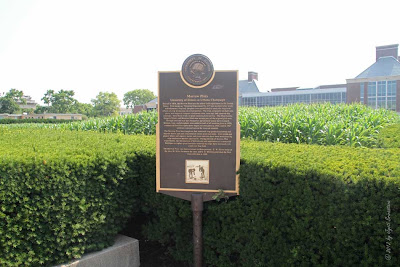 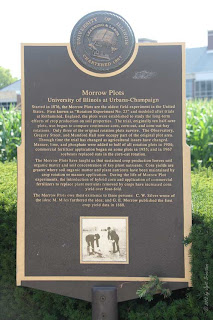 The plaque reads...
Started in 1876, the Morrow Plots are the oldest field experiment in the United States. First known as "Rotation Experiment No. 23" and modeled after trials at Rothamsted, England, the plots were established to study the long-term effects of crop production on soil properties. The trial, originally ten half-acre plots, was begun to compare continuous corn, corn-oat, and corn-oat-hay rotations. Only three of the original rotation plots survive. The Observatory, Gregory Street, and Mumford Hall now occupy part of the original plot area. Through time the trial has changed as agricultutral issues have changed. Manure, lime, and phosphate were added to half of all rotation plots in 1904; commercial fertilizer application began on some plots in 1955; and in 1967 soybeans replaced oats in the corn-oat rotation.

The Morrow Plots owe their existence to three persons: C.W. Silver wrote of the idea; M. Miles furthered the idea; and G.E. Morrow published the first crop yield data in 1888. 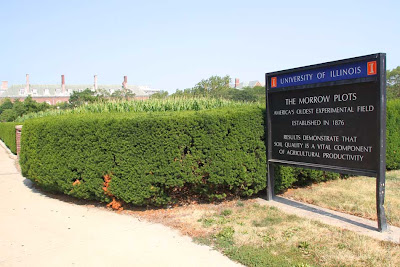