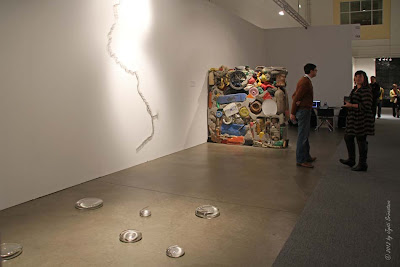 Maya Lin's Special Exhibition includes:
This exhibition has been facilitated and organized by the Natural Resources Defense Council [NRDC]. The works have been generously contributed to this show by The Pace Gallery, Maya Lin and the What Is Missing? Foundation. 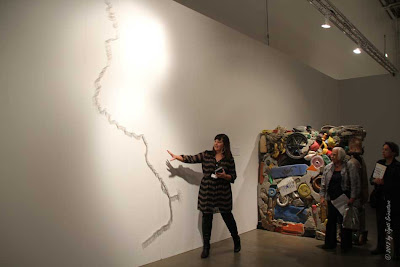 Reversal the Flow - by Maya Lin
2010 / Steel pins / 59" x 124" x 1"
This sculptural drawing representing the Chicago River was originally exhibited at the Arts Club of Chicago in 2010. the work relies on the shadow it creates as well as the pixilation of the pins to create a work that is both a drawing and a sculpture. It is a work that subtly causes one to think about the enviornment and the natural world surrounding us. Lin chose to focus on this historic waterway due to the threat posed by the invasive Asian Carp whose further expansion and migration could have a devastating impact on the Great Lakes ecosystem, as the Chicago River is the critical link connecting Mississippi River to Lake Michigan. 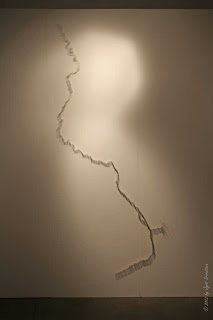 Reversal the Flow - by Maya Lin 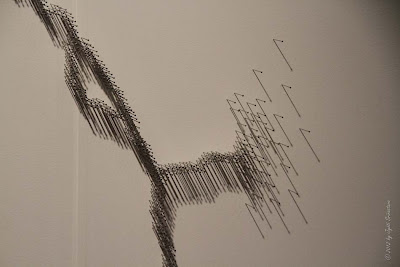 Reversal the Flow - by Maya Lin
[Do you see the Goose Island??] 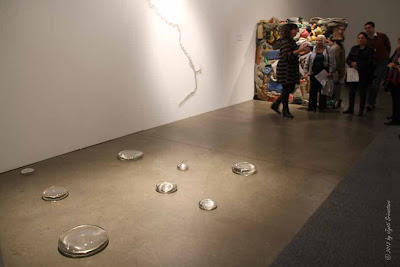 Dew Point 11 - by Maya Lin
2007 / Blown Glass
This sculpture examines the transmutable quality of water balancing between its liquid and solid states. It consists of 11 unique hand-worked glass pieces that bring to mind the unexpected and beautiful form of water-drops take when scattered on a hard surface. This piece is one in the seriesof "Dew Point" works which are donated annually by Lin to NRDC for theie Forces ofNnature Award. 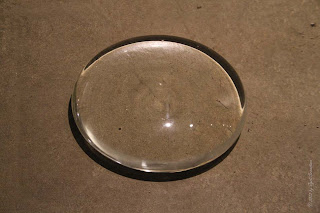 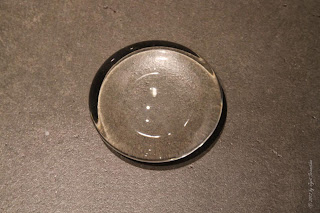 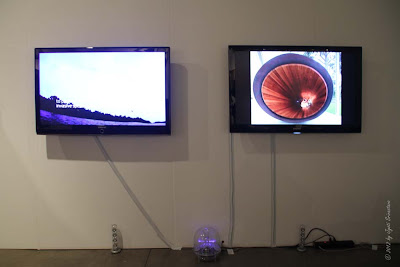 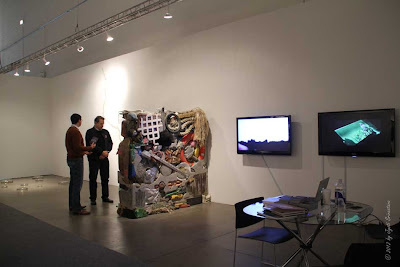 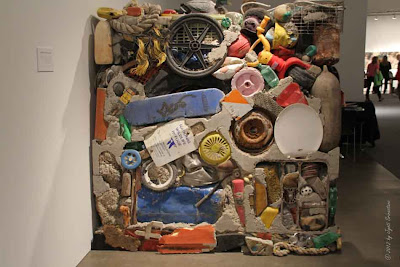 Garbage Wall - by  Gordon Matta-Clark
2012 / 72" x 72" x 12"
Garbage from the Chicago, Mississippi, Ohio and Illinois River.
NRDC and gallerist Rhona Hoffman worked to bring the late Gordon Matta-Clark's Garbage Wall to Chicago, to highlight water pollution issues in the Midwest. The original Garbage Wall, constructed on the Earth Day in April of 1970 at hte public event in New York City was deeply emblematic of the focus Matta-Clark placed on arts, architecture, acrivism and citizen engagement. For its EXPO Chicago reincarnation the wall will highlight the Midwest's troubling water pollution issues and reinforce the interconnectednes of North America's great water ecosystems, The Mississippi River system and the Great Lakes via the Chicago River. 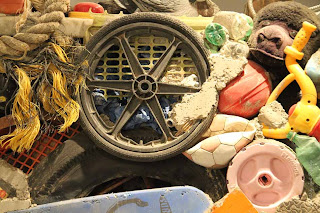 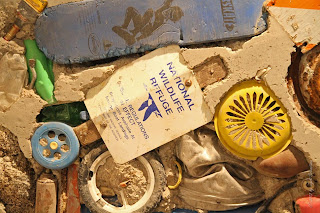 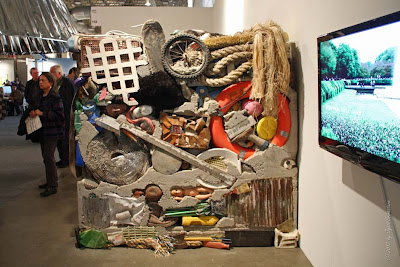