AIC Temporary Exhibit [We The People - by Danh Vo] 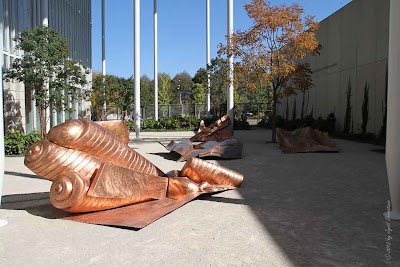 We The People - by Danh Vo
Temporary Exhibit: Sep 22 - Nov 11, 2012
Location: Pritzker Garden at the Art Institute of Chicago.
These will later move to the Bluhm Family Terrace in November
and are being shown in conjunction with Vo’s solo exhibition, Uterus, at the Renaissance Society at the University of Chicago through December 16. 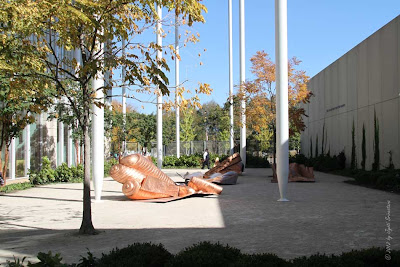 From the AIC website.. click here..
The five sculptures on view at the Art Institute constitute part of We The People (detail), Vo’s long-term project to reconstruct the Statue of Liberty on a 1:1 scale. Frédéric Bartholdi originally designed the statue as political propaganda for the French opposition; posed to face the Atlantic, “she” was meant to spread America’s democratic values to France. The statue became an immigrant symbol as its position also served to welcome ships passing through Ellis Island. The objective of Vo’s project, however, is not to erect another statue in its totality but to reconstruct its individual elements and allow them to be dispersed to various museums and art venues across the globe. The scattered fragments remain connected to this universal symbol but emphasize the abstract nature of the concept of freedom. Vo’s decision to recreate only the statue’s thin copper skin—at its actual thickness of two pennies—reveals the monument’s material and conceptual fragility, and by extension, the malleability of its meaning.

The installation not only works against the mythical position of the statue today but, in fact, recalls the original contexts in which the statue made its first public appearances: prior to its full assembly and dedication in New York in 1886, the torch-wielding hand was displayed in Philadelphia at the 1876 Centennial Exhibition, and the head was shown at the Paris Exposition of 1878. 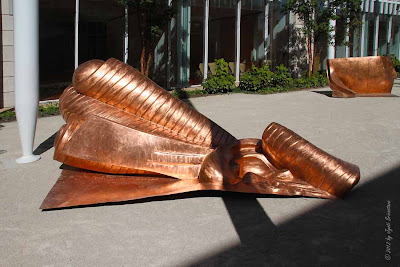 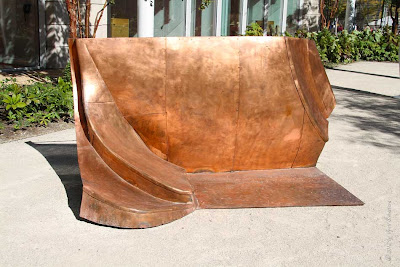 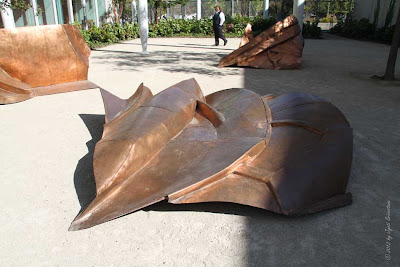 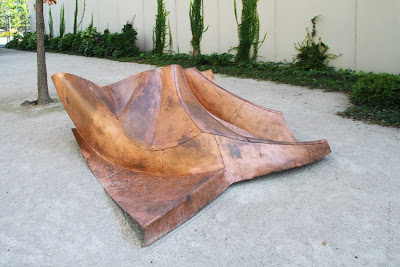 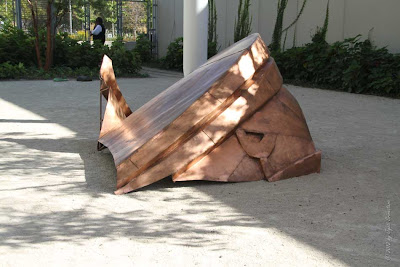 Through performance-based works inspired by his life experiences and historically rich readymade objects, artist Danh Vo interrogates the construction of inherited cultural values, conflicts, and displacement. When he was a child, Vo’s family fled Vietnam and settled in Denmark. His work draws on personal and historical arti­facts that directly and indirectly touch on this experience to examine how such items are dispersed across borders or symbolize transnational movements. 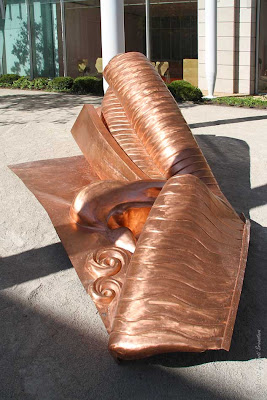 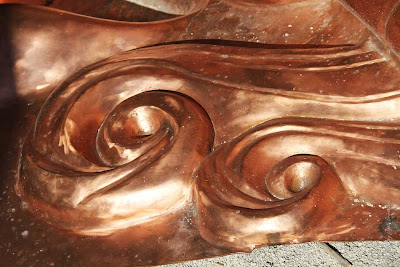 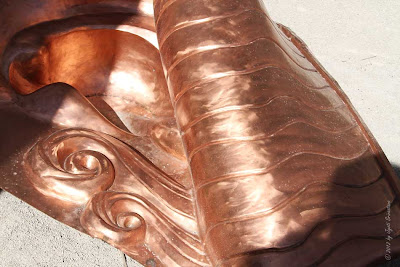 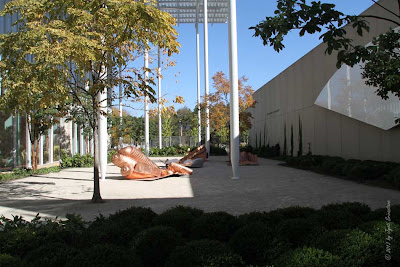