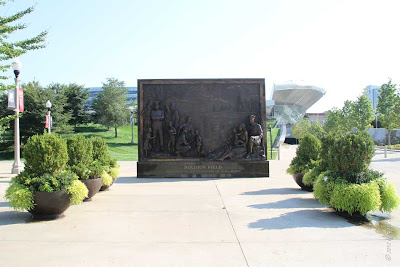 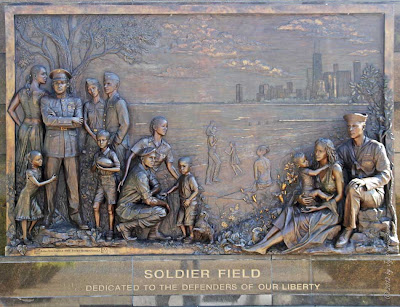 Tribute to Freedom
Installed: 2003
Sculptures by Anna Koh Varilla and Jeffrey Hanson Varilla
Location: North entrance to Soldier Field
From the official website,  click here..
Artists Anna Koh Varilla and Jeffrey Hanson Varilla created this monumental bronze bas-relief depicting men and women of the Armed Services and their families relaxing along Chicago’s lakefront with the skyline in the background. The figures represent Chicago’s broad ethnic and racial diversity as well as a range of historical periods. The fifteen-feet-tall sculpture is located at the north entrance to Soldier Field .. 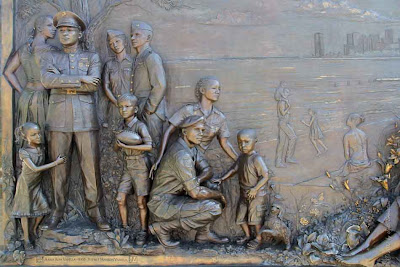 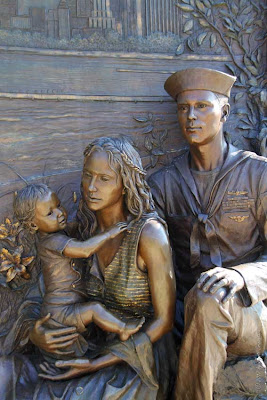 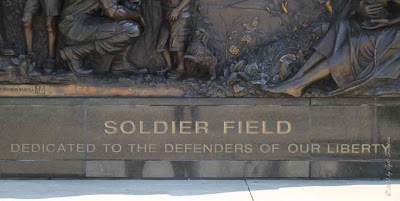 The monument’s east side features a famous quotation by John F. Kennedy, which reads
"Let every nation know, whether it wishes us well or ill, that we shall pay any price, bear any burden, meet any hardship, support any friend, oppose any foe to assure the success and survival of liberty." 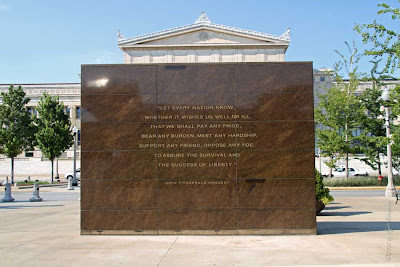 Adjacent to the relief sculpture is a granite waterfall, with sculpted bronze medallions to symbolize each of the branches of the Armed Services. 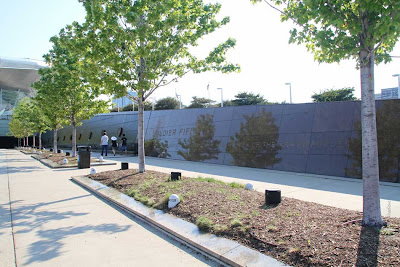 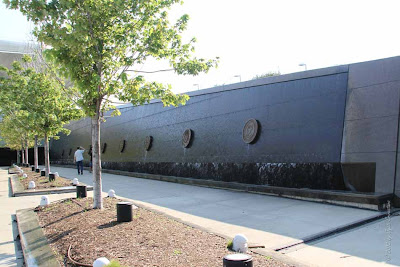 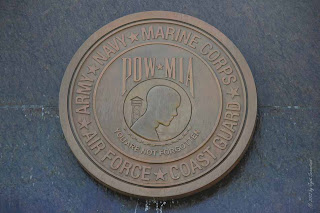 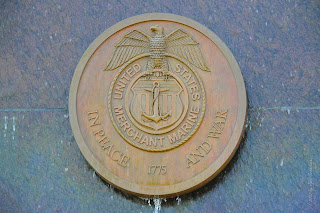 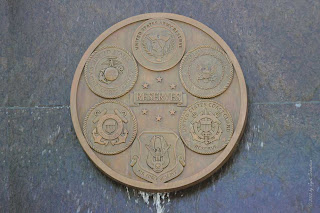 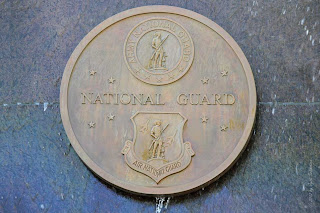 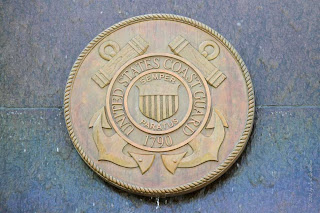 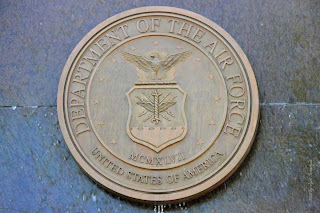 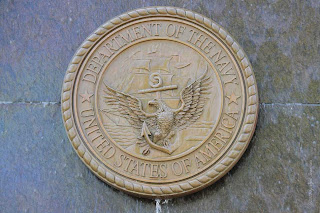 Department of the Navy
United States of America﻿ 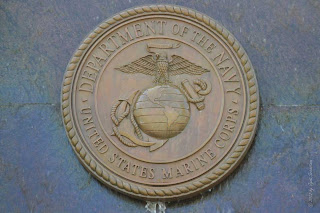 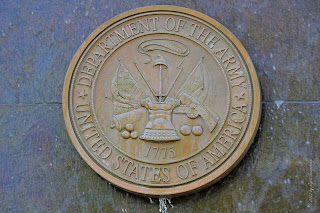 Department of the Army
United States of America 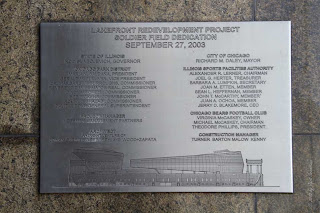 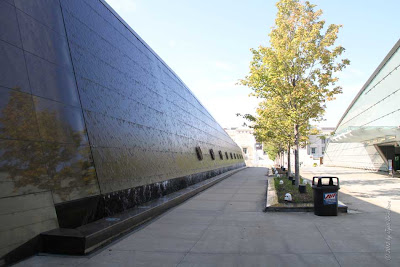