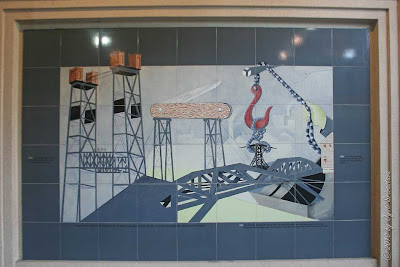 In the late 1890s, swing bridges were replaced by new bridges that were designed to accommodate the larger ships using the river.

1891:
The Jack-knife Bridge,
so-called as it folded back on itself,
was built at Weed Street. 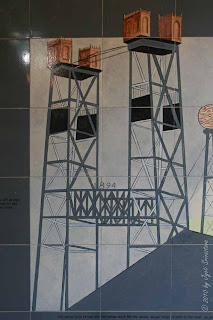 1894: The Vertical Lift Bridge, controlled by twin counterweights, was at Halsted Street on the south branch of the river.

1895: The Scherzer Rolling Lift Bridge, built at Van Buren Street on the south branch of the river, was the most successful as it left the center of the river unobstructed for large ships.
Posted by Jyoti at Sunday, December 02, 2007