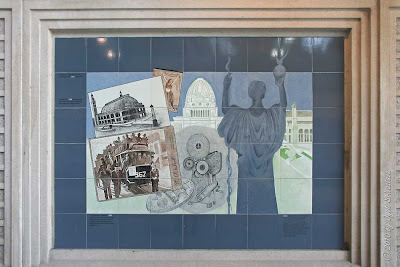 1893: The World's Columbian Exposition, considered the greatest world's fair in history, was located on a 686-acre wasteland that was transformed by America's finest architects, landscape designers, and artists into a wonderful city of neoclassical palaces set amidst canals, lagoons, and lawns. Jackson Park, the Museum of Science and Industry and a smaller reproduction of "The Republic" statue are south side landmarks that are among the legacies of the wondrous "White City." The fair attracted twenty-eight million people, the equivalent of forty-five percent of the nation's population in 1893.