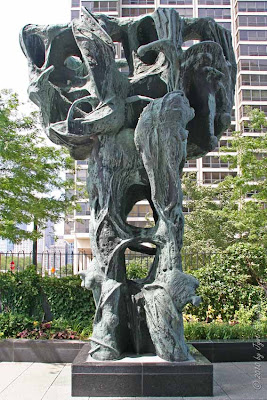 In making his Chicago Totem, sculptor Abbott Pattison wanted to represent his native city with a totem that like Chicago is "soaring, living, writhing with animal force".. His soaring 15-foor bronze was commissioned for its frequently wind swept site by the Jupiter Corporation, developers of the Outer Drive East Apartments..
Reference: A Guide to Chicago's Public Art
By Ira J Bach and Mary Lackritz Gray. 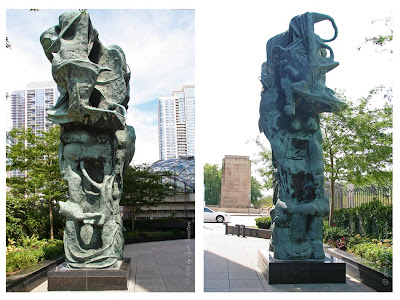