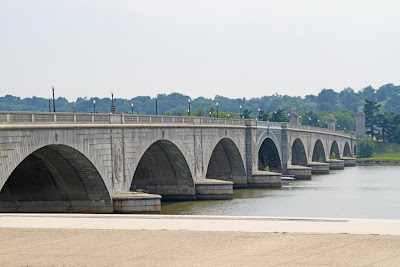 On the eastern ends of the bridge and parkway are two pairs of monumental Neo-classical equestrian sculpture. They are placed on on identical pedestals. These are called, "The Arts of War". It's by Leo Friedlander. It consists of Valor and Scarifice. In "Valor" on the left, the male equestrian is accompanied by a female striding forward with a shield. In "Sacrifice" a standing female symbolizing the earth looks up to the rider Mars. 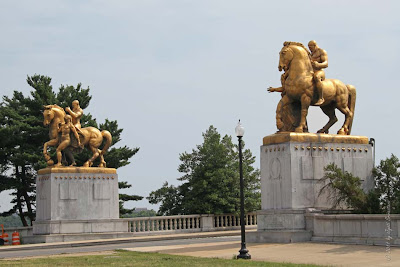 "Arts of War" by Leo Friedlander.. with ssculptures "Valor" and "Scarifice".. 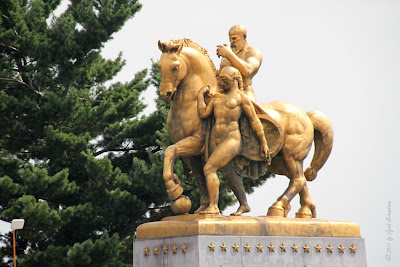 "Valor" by Leo Friedlander..
The male equestrian is accompanied by a female striding forward with a shield.. 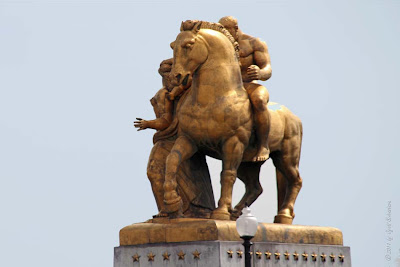 Sacrifice by Leo Friedlander..
A standing female symbolizing the earth looks up to the rider Mars. 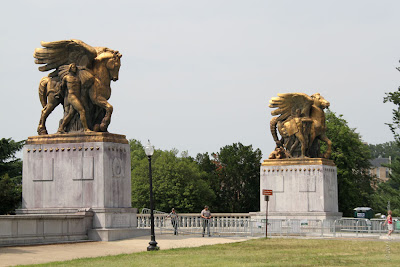 The other end of the parkway has "The Arts of Peace" by James Earle Fraser. It consists of two sculptures, "Music and Harvest" and "Aspiration and Literature". The statues, approximately 17 feet tall are of gilded bronze. They were commissioned in 1925, but were not erected until 1951. 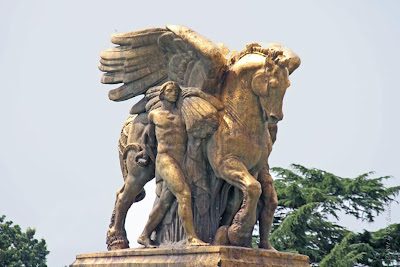 "Music and Harvest" by James Earle Fraser..
It consists of a winged horse, Pegasus, between a male figure with a bundle of wheat and a sickle and a woman with a harp.. 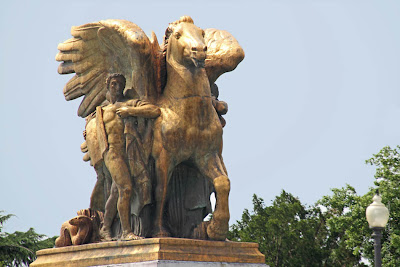 "Aspiration and Literature" by James Earle Fraser..
Another Pegasus is flanked by figures holding a book and a bow.