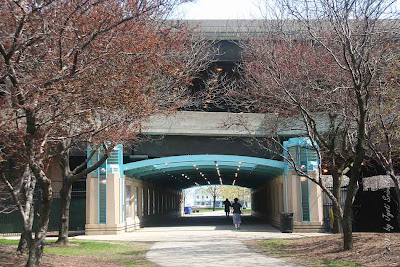 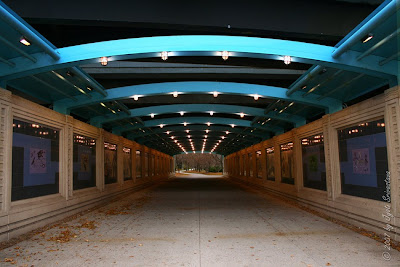 " The 16 full-scale narrative panels each document an episode in Chicago's history. Beginning on the west side of the walkway, the first panel presents the arrival of Europeans by canoe at the portage between the Chicago River and Lake Michigan. Black-and-white text, presenting information such as event descriptions and dates, appears in the borders of each section, helping to carry the story along.... The river remains the primary theme of the narrative because of its centrality to Chicago's development. Bridges and maps make frequent appearances in these murals, recording the changes in the city's landscape and the evolution of bridge designs to accommodate the city's expanding needs. Lanyon incorporates images of plants and wildlife in each piece, recalling motifs she has used throughout her career... " 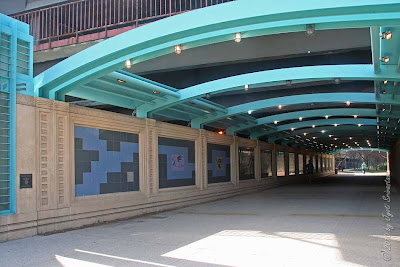 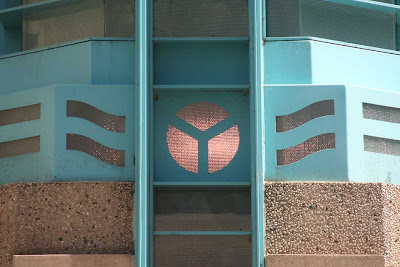