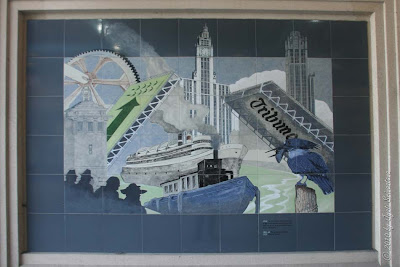 1920: As the first double-deck trunnion bascule style bridge, the Michigan Avenue Bridge was the first to accommodate two levels of traffic. The Chicago river was teeming with commercial ships and excursion boats. The Wrigley building, built between 1921 and 1924, and Tribune Tower, dedicated in 1925, became two important Chicago landmarks and formed a gateway to the avenue known as the Magnificent Mile.
Posted by Jyoti at Sunday, December 02, 2007