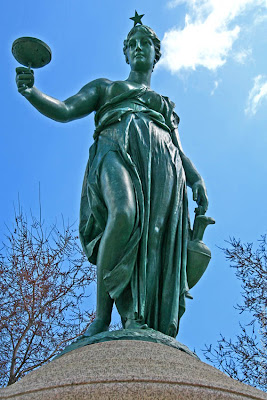 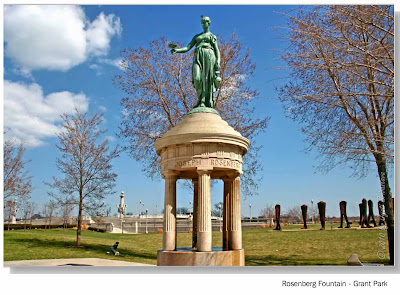 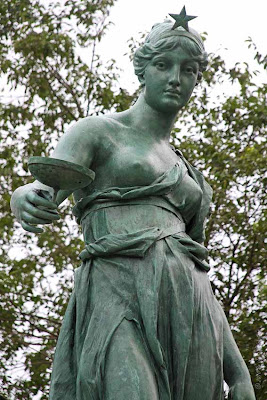 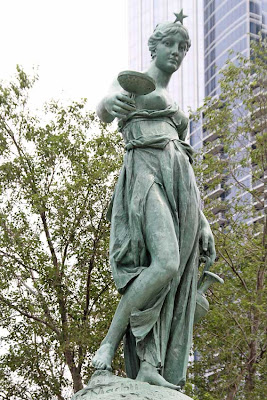 The 11-foot tall bronze figure holding a goblet and pitcher represents Hebe, daughter of Zeus and Hera. As the Goddess of Youth and the Cupbearer to the Gods, Hebe symbolizes rejuvenation. 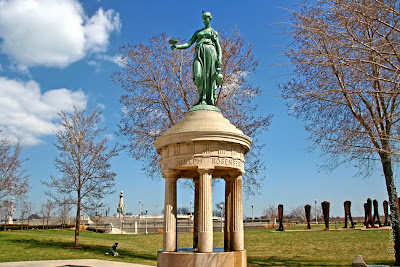 Joseph Rosenberg [1848-91] left a bequest for a fountain in Chicago “to provide the thirsty with a drink.” During his youth here as a newsboy, Rosenberg could never convince local Chicago merchants to spare him a drink. Consequently, he vowed that if he were ever wealthy, he would create a fountain for newsboys to quench their thirst on hot days. He later moved to San Francisco and made a fortune, never forgetting his vow. The fountain was erected at the south end of Grant Park near his childhood home on South Michigan Avenue. Rosenberg’s fountain was installed 2 years after he died.