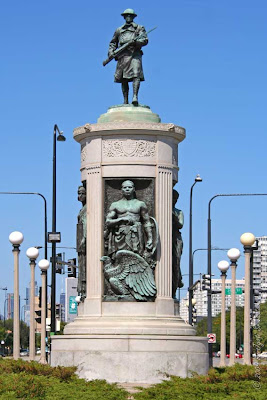 Victory Monument
Address: 35th Street and King Drive
Erected: 1927 by the people of the State of Illinois, represented in the 54th General Assembly ..
Bronze sculptures: Leonard Crunelle
Architect: John A. Nyden
Date Designated a Chicago Landmark: September 9, 1998 ..
The structure was added to the National Register of Historic Places: April 30, 1986 ..

This structure was erected to honor the achievements of the Eighth Regiment of the Illinois National Guard, an African-American unit that served in France during World War I as part of the 370th U.S. Infantry ..

The bronze sculpture was made by Leonard Crunelle. He was born in France in a coal-mining town that was destroyed in World War I. He was a student of noted Chicago sculptor Lorado Taft. The granite column and architectural setting of the monument were a collaborative design of Crunelle and John Nyden, a Chicago architect ..

The original granite and bronze monument was erected in 1927. It was dedicated on Armistice Day [November 11th] in 1928 .. The soldier on top was added in 1936 and dedicated to all the Black soldiers who died in the war. It first state-sponsored memorial to African-American veterans of World War I .. The monument is the site of an annual Memorial Day ceremony. 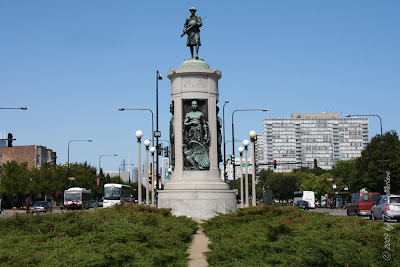 The information on this monument is from the Historical Marker Database .. HMdb.org .. click here ..

The monument is a white granite shaft with four bronze relief panels .. and on the top is sculpture of a soldier ..
These are:
# African-American Soldier Panel
# Victory Panel
# Columbia Panel
# Honor Roll of the Dead
# The doughboy 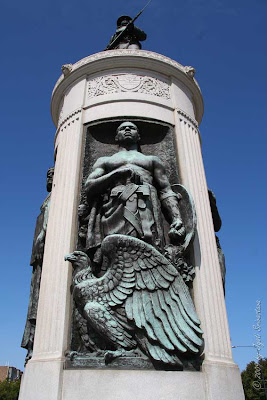 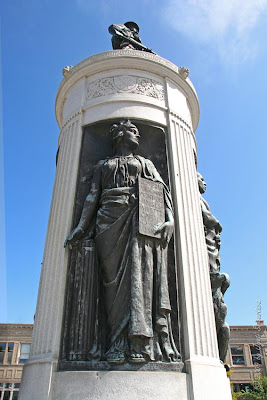 Columbia Panel ..
Full-length Classically draped female figure with a helmet on her head. In her left hand she holds a tablet on which is inscribed with the names of battles in which African-American soldiers fought. 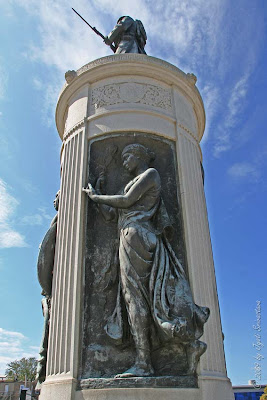 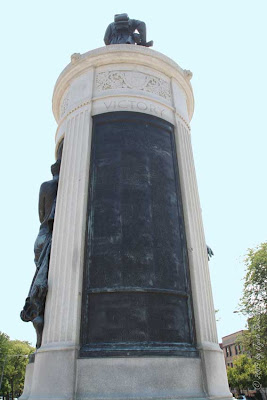 Honor Roll of the Dead ..
Names of 137 members of the Eighth Infantry, Illinois National Guard, who lost their lives during World War I 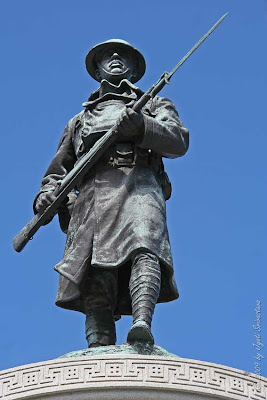 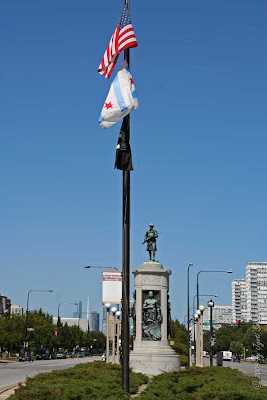 To the south of the monument is a flagpole that flies three flags ...
United States flag,
Municipal Flag of Chicago,
POW/MIA flag.

Below are some details of the African-American Soldier Panel .. 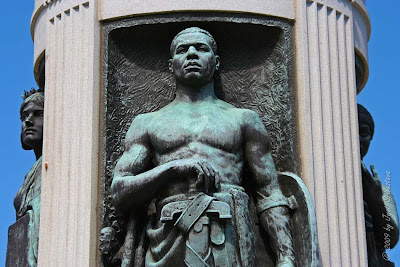 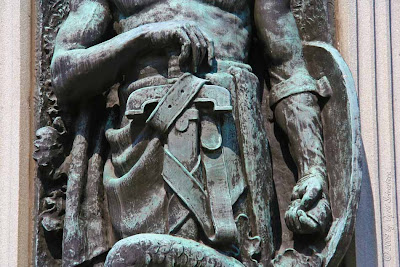 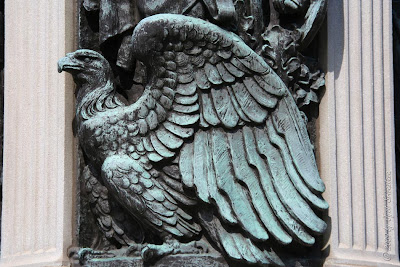 I like it a lot too..
Thanks for writing!
Although I would appreciate a name with a comment.. Wonder why anonymous?

That is a great granite bronze memorials. I loved the blog.

Your article had provided me with another point of view on this topic. I had absolutely no concept that things can possibly work on this manner as well. Thank you for sharing your opinion