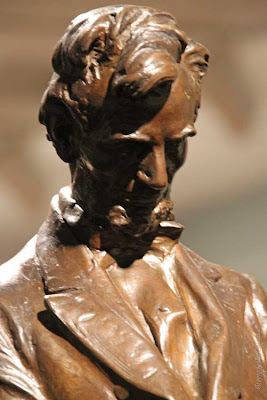 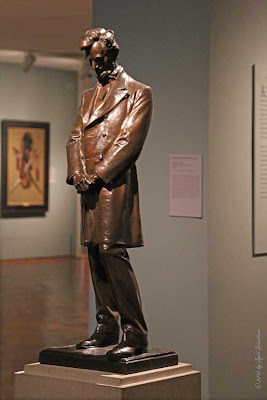 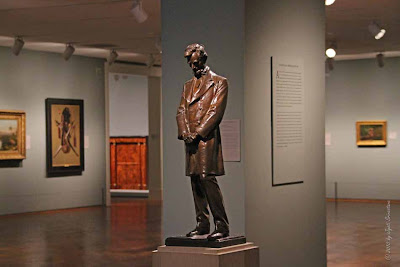 The marker reads..
In 1909, the Lincoln Centennial Memorial Association of Nebraska commissioned Daniel Chester French to create monumental statue of Abraham Lincoln for the state capital grounds. The association ran out of funds towards the end of the project and in lieu of a final payment, they permitted French to sell bronze casts of the original statues, of which at least 11 were made at New York's Roman Bronze Works. With his head tilted downward, Lincoln is depicted in a moment of deep thought. French explained that he had "Purposely tried to represent Lincoln bearing the burden and perplexities and problems of the Great War".. 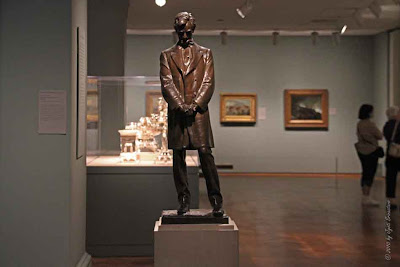 Also check out the other sculpture of ..
Abraham Lincoln.. by Daniel Chester French.. click here..