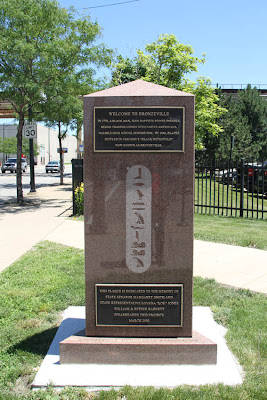 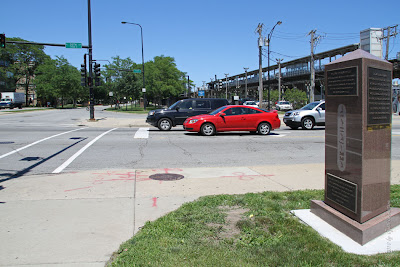 Bronzeville Obelisks..
Six feet, 4,000 pound marker..
Installed: Nov, 2009.. at what is considered the gateway of the Bronzeville neighborhood, near the campus of the Illinois Institute of Technology.. 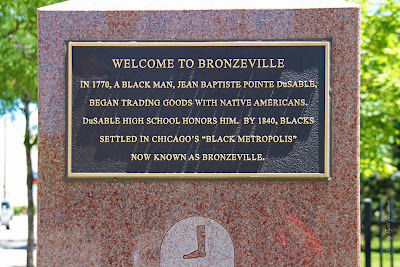 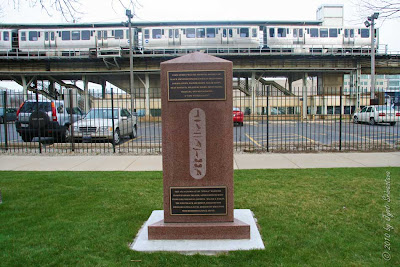 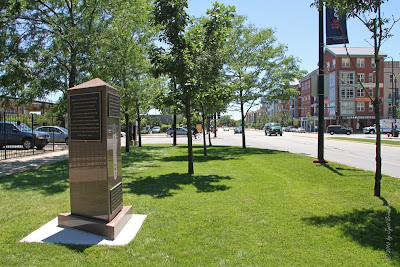 This area known as the "stroll" was home to Motto's Perkin Theater, a precursor to many clubs like the Royal Gardens. Walter T. Bailey, the first black architect, designed the Jordan Building, a novel storefront structure with residential space above..

Bronzeville spawned many political leaders including the honorable Harold Washington, the first elected Black mayor of Chicago. Ada S. McKinley Community Services is named after Mrs. McKinley, an educator who started settlement house to help Black soldiers and their families. Later she developed programs and services to help young women with their domestic skills...